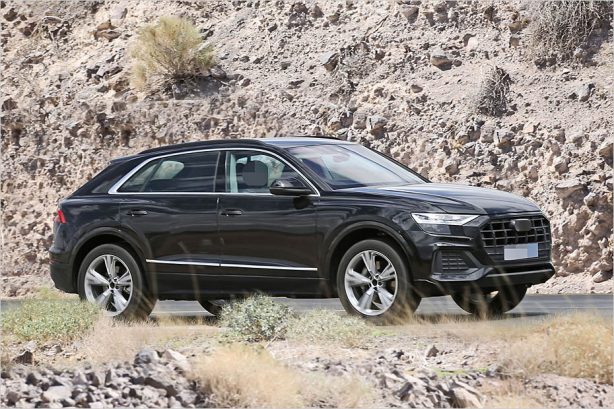 It’s been already a year since Audi uncovered the Q8 concept, a flagship SUV positioned above the Q7. And finally, here’s a solid proof that the Q8 is inching closer to production, as can be seen from these photos of a near production Q8 prototype.

Caught virtually undisguised in the wild save for some covered badges and masked taillights, the Q8 is looking ready to do battle with BMW’s X6 and Mercedes-Benz’s GLE Coupe.

Slated for a mid-2018 debut, the new Audi Q8 will be the company’s first coupe-like full-size SUV, tapping into a new segment of large crossover that combines the elegance of a coupe and the versatility of an SUV.

Looking remarkably similar to the concept that Audi showed us at the 2017 Detroit Auto Show, the Q8 production model is dominated by the octagonal Singleframe grille with honeycomb insert at the front and the strip of lights extending over the entire width of the rear end. The frameless windows of the concept have also made it to production. 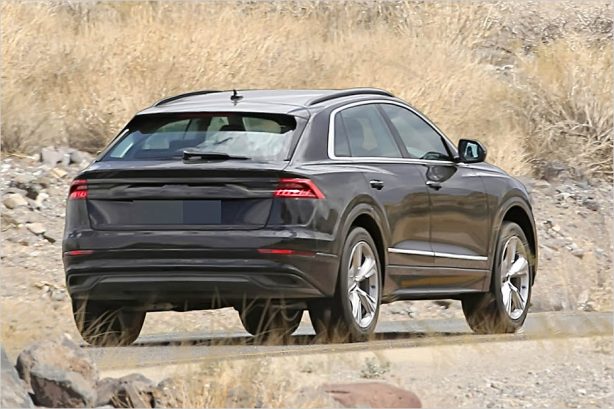 The concept had seating for four but we can expect the production model to accommodate one extra passenger. The interior is also expected to debut the second iteration of the Audi Virtual Cockpit digital instrument display. With a resolution of 1920 x 720 pixels the improved 12.3-inch display offers more space for maps, lists and additional information.

As shown in the concept, the Q8 will likely introduce a new plug-in hybrid system which comprises of a 3.0-litre TFSI petrol engine producing 245 kW and 500 Nm of torque, paired with an electric motor that generates 100 kW of power and 330 Nm. Driving all four wheels through an eight-speed automatic transmission the complete system serves up 330 kW and 700 Nm of torque.

In the concept, the lithium-ion battery located in the rear consists of 104 prismatic cells. With a capacity of 17.9 kWh, it enables an electric range of 60 km, and the total range with the TFSI engine is up to 1,000 km. A full charge takes about two and a half hours. We shall see if Audi is able match these figures in the production Q8.