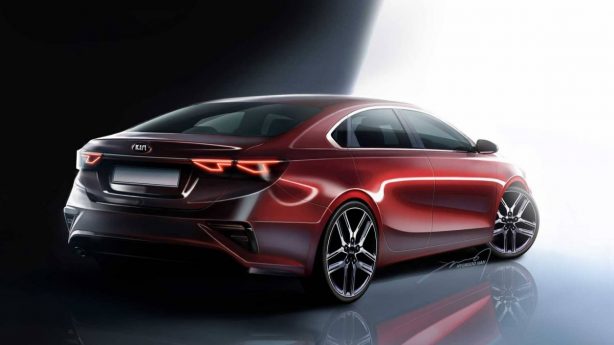 Kia is set to unveil an updated version of its compact Cerato sedan (known as the Forte in the rest of the world other than its home market) at the North American International Auto Show in Detroit but before that, the carmaker has released some renderings of the car to whet our appetite.

Like most renderings, the proportions are bound to be slightly exaggerated but they do give us a pretty good idea of how the end product will look like when it hits the show stand. Kia describes the Cerato’s new look as “more sophisticated”, while retaining its “sporty and youthful image”. 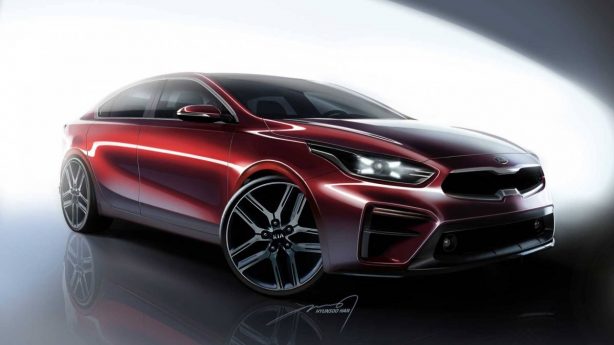 There are hints of Kia’s latest Stinger flagship in the car’s fastback design, with creases in the bonnet lending to the Cerato’s muscular look. Kia’s signature tiger nose has also been given a fresh approach and together with an aggressive lower valance, the 3rd-generation model appears to look sportier than the outgoing model, although we will reserve final judgement until we see the real deal.

Around the back, like the Sportage, a sleek horizontal strip connects the new taillights with distinctive LED graphics, lending visual width. 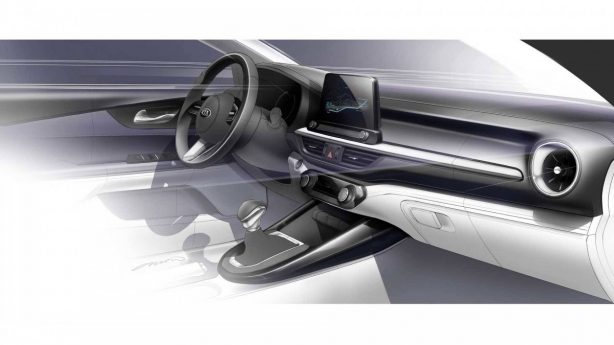 The update continues inside, with turbine style vents pinched from the Stinger and a prominent infotainment screen above the central horizontal vents. Kia says the “horizontal theme” creates a sense of openness and delivers a minimalist feel.

Full details of the 2019 Cerato will be revealed on January 15 at the NAIAS.