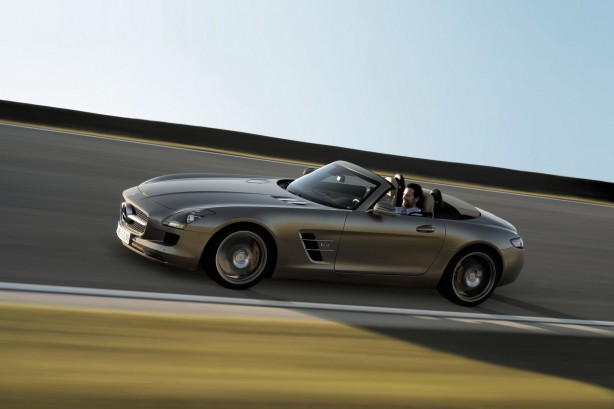 After months of teasing the world with taped up and camouflage prototypes of the SLS AMG Roadster, Mercedes has finally released official photos and information on the drop-top ahead of the supercar’s world debut at the Frankfurt Motor Show in September.

The roadster’s design is more cohesive than its coupé counterpart, especially with roof down. The car doesn’t suffer from the extremely long snout with a short back syndrome that plagues the coupé. The new doors also open in a conventional manner with standard door handles instead of the coupé’s pop-up items. 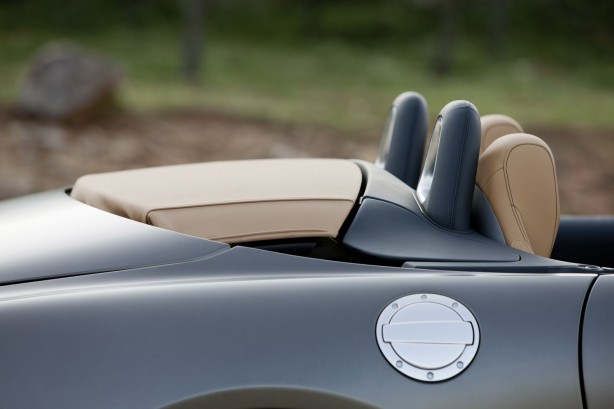 The super sexy roadster is equipped with a three-layered fabric roof that cleverly stows away without compromising on the car’s boot capacity. The fully automatic soft top comes in three colours – black, beige and a classic red, and opens and closes in 11 seconds. It can even be operated on the move at speeds up to 50km/h.

Under the bonnet is a naturally aspirated 6.3-litre AMG V8 shared with the coupé. It generates 426kW of power and 650Nm of torque. It is mounted just behind the front axle and drives the rear wheels via a 7-speed dual-clutch transmission. 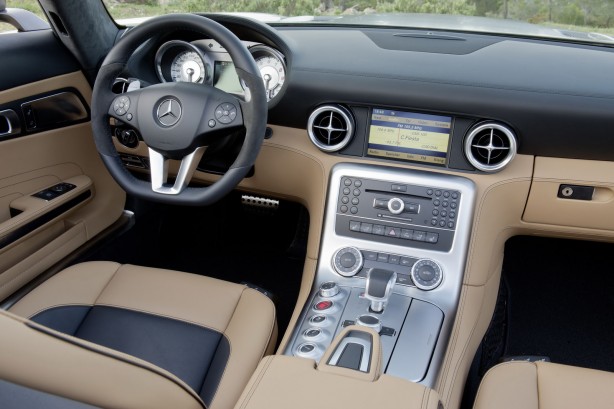 Inside, the SLS AMG Roadster is equipped with Mercedes’ trademark AIRSCARF system that warms the head and neck areas of the driver and passenger. It makes cold weather top-down motoring a much more pleasant experience. Other standard features include a detachable glass wind-stop, COMAND with Navigation and DVD player, anti-theft alarm system with tow-away protection and interior monitoring, dual-zone climate control and KEYLESSGO starting function.

The SLS AMG Roadster is schedule to hit showrooms later this year. 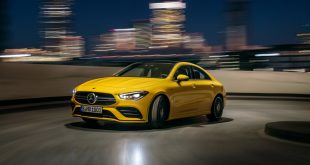 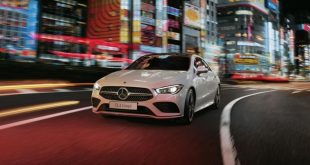 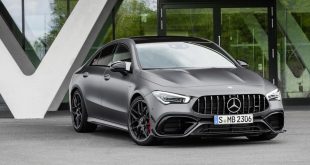