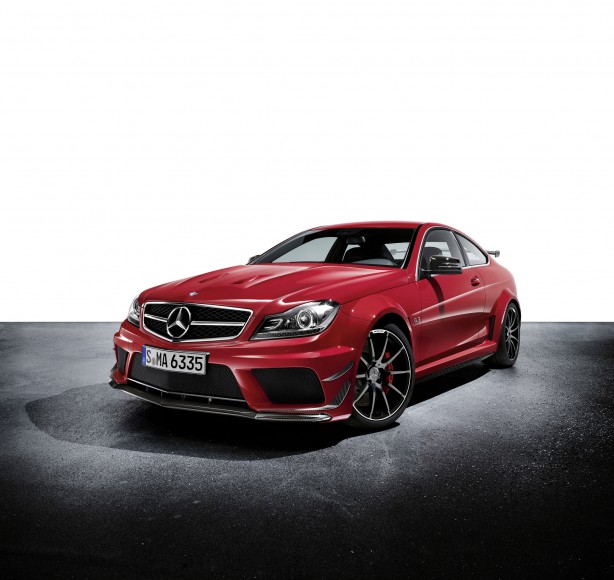 Mercedes had initially planned to only make 650 units of the C63 AMG Black Series. Due to popular demand, the Stuttgart based company extended production to a total of 800 units worldwide. And even with the extended production run, the order book for the M3 GTS crusher is now full.

The C63 AMG Black Series is powered by a 6.3 litre V8 engine producing 510 horsepower (380 kW) and 457 lb-ft (619 Nm) of torque. Power is delivered to the rear wheels via a 7-speed automatic transmission. The century spin is accomplished in just 4.2 seconds.

Check out the high resolution images of the C63 AMG Black Series below.