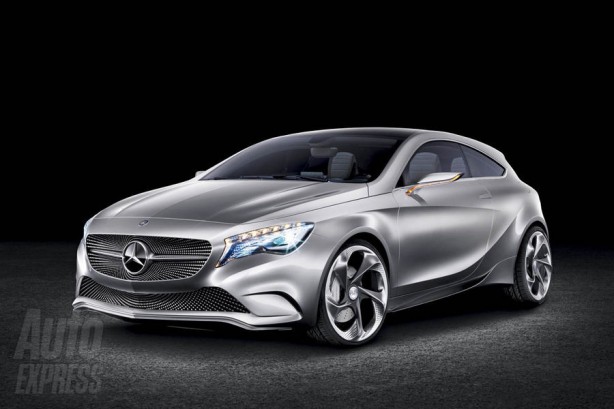 The competition in the compact premium segment is fierce. What with Audi’s new A1 and A3, BMW’s 1 Series and Mini, and recently the Lexus CT-200h. Mercedes-Benz was the pioneer in the segment when it launched the first generation A-Class in the late 90s.

Since then, the segment has become more and more crowded with even top spec VW Golfs and other European small hatchbacks creeping into the same price bracket. Mercedes knew that after two generations of boxy ice-cream van A-Class, it will need to reinvent the car to take on the competition when it goes on sale next year. 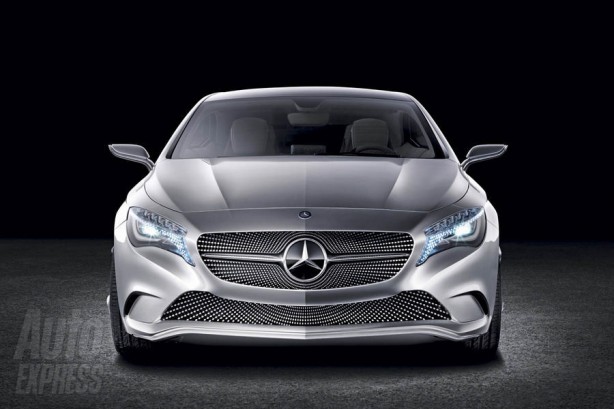 Entre the Concept A-Class – a more youthful and sporty rival to the big sellers! The small Benz takes its design cues from the F800 Style Concept, with short front and rear overhangs and distinct creases. Like all of Mercedes’ recent vehicles with sporty pretensions, the wide grille is dominated by the three-pointed star badge. It even has tiny metallic hexagons radiating out of its edges to give a striking 3D effect. This is repeated on the LED headlights and alloy wheels. The headlamps get daytime running lights incorporating 90 optical fibres with aluminium sleeves.

The A-Class sits on a new front-wheel-drive platform to be shared with the B-Class. Power comes from a 2.0-litre turbocharged 4-cylinder BlueEFFICIENCY petrol engine, generating 154kW of power. This is transferred to the front wheels via a dual-clutch transmission. Mercedes-Benz has yet to release any specifications but expect a 0-100km/h time of less than 7 seconds, and a 240km/h top speed.

Safety technology such as radar based collision warning system with adaptive Brake Assist is also expected to trickle down from higher end models. This lowers the risk of rear end collisions, giving both a visual and acoustic warning to the driver, before priming the Brake Assist system to operate so the driver can make an emergency stop.

The A-Class Concept’s 4-seat cabin takes on a clean minimalist approach. It has an integrated smartphone which controls all the functions via a rotary dial on the centre console.

The Baby Merc is set to make its public debut at the Shanghai Motor Show later this month and hit production next year.