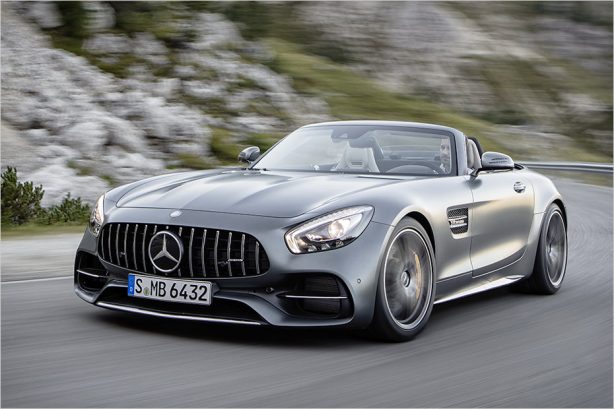 Mercedes-AMG has peeled the wraps off the AMG GT Roadster ahead of its debut at the Paris Motor Show later this month. Joining the company’s slew of open-top models including the SLC and C-Class Cabriolet, the GT Roadster will come in two flavours, including one bristled with go-fast bits from the track-focused AMG GT R Coupe.

In Europe, the GT Roadster range will kick off with the ‘standard’ version propelled by 350kW and 630Nm from its twin-turbo 4.0-litre V8. Paired with a transaxle-mounted seven-speed dual-clutch transmission, the GT Roadster sprints from zero to 100km/h in just 4.0 seconds. 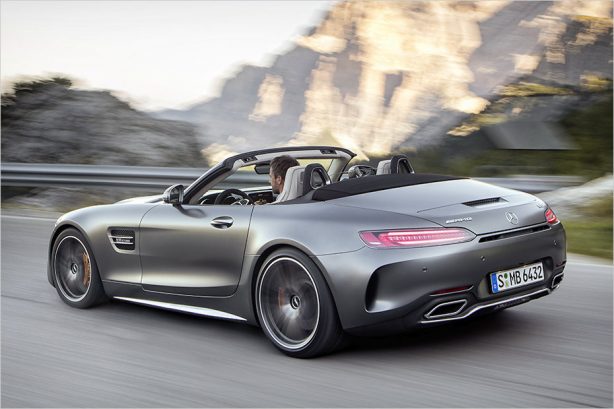 For even more performance, AMG is offering the more powerful GT C Roadster armed with a pumped up version of the biturbo V8 producing 410kW and 680Nm, just 20kW and 20Nm shy of the full-blown 430kW / 700Nm GT R. The lifted power slices 0.3 seconds from the 0-100km/h sprint time to 3.7 seconds.

Like the GT Coupe, the Roadster variants are capable of cracking 300km/h, with the C version seeing off 316km/h flat out. The latter also gets the AMG GT R Coupe’s fatter rear haunches – 57mm wider than the regular model – housing wider rear wheels with 305/30 rubber for better traction. Other goodies carried over to the AMG GT C Roadster from the AMG GT R Coupe include active rear spoiler, active rear steering and locking differential. 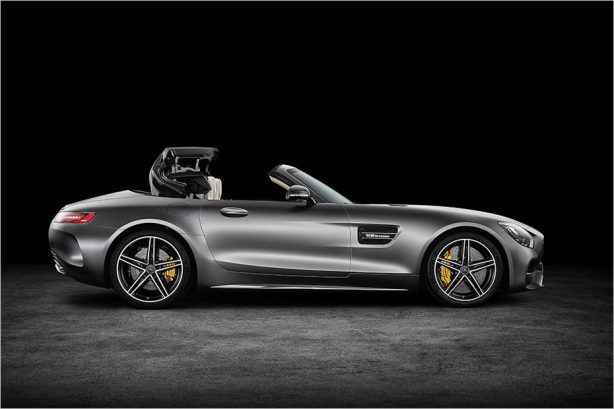 To reduce weight, the Roadster features a retractable fabric top mounted on a lightweight frame that opens and closes in 11 seconds at speeds of up to 50km/h. With the absence of a roof, extra strengthening comes in the form of more rigid side skirts and added reinforcement under the dashboard and behind the seats.

The Mercedes-AMG GT Roadster is expected to hit showrooms worldwide in early 2017.