The All-New Mazda3s being driven from Mazda’s global headquarters in Hiroshima to the German city of Frankfurt have successfully completed the first stage, arriving in Blagoveshensk, Russia.

The Hiroshima to Frankfurt Challenger tour – modelled on similar events in 1977 and 1990 – is a 30 day, seven stage endurance drive across two continents, five countries and through over 30 cities. The course provides the perfect test bed for the new Mazda3’s performance, reliability and durability, putting the car through its paces in some of the world’s toughest driving conditions. 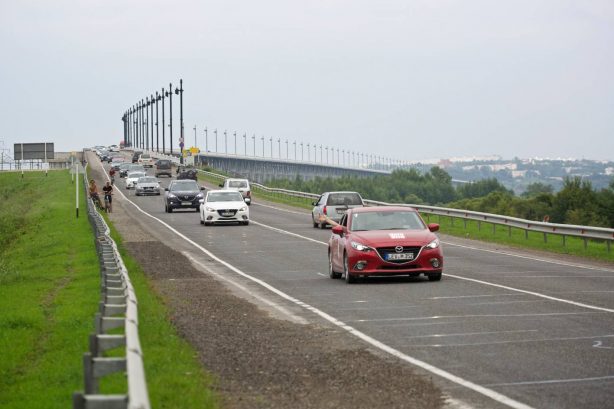 Spanning 14,890 kilometres, the trek began in Vladivostok – Russia’s largest city on the Pacific Ocean – where eight All-New Mazda3 hatchbacks travelled north east to Chabarovsk before heading west to Blagoveshensk, a small town situated on the Russian/Chinese border best known for its shelling during the Boxer Rebellion in the early 1900s.

Drivers of the third-generation Mazda3s were challenged from the outset with large potholes, unexpected bumps and all manner of debris strewn across the poor quality Russian bitumen making the semi-sealed roads look more like an off-road course. 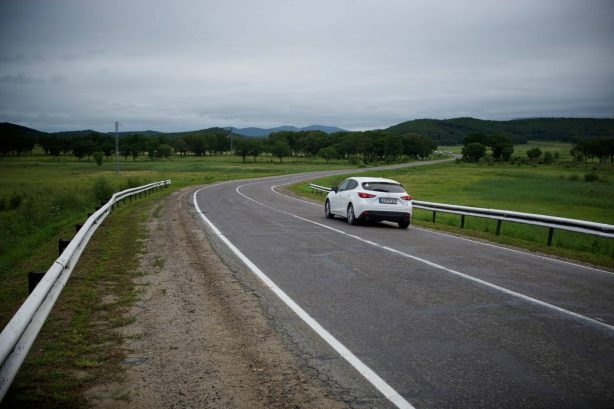 The first leg of the tour was completed in three days, covering over 1,405 kilometres of varying road conditions from Vladivostok to Blagoveshensk. The four day, second stage departs from Blagoveshensk, heads north west to Chita then onwards to the Siberian town of Ulan-Ude, not far from the picturesque Lake Baikal.

The 2013 Hiroshima to Frankfurt Challenger tour culminates with an appearance of the All-New 2014 Mazda3 on the Mazda stand at the Frankfurt International Motor Show.