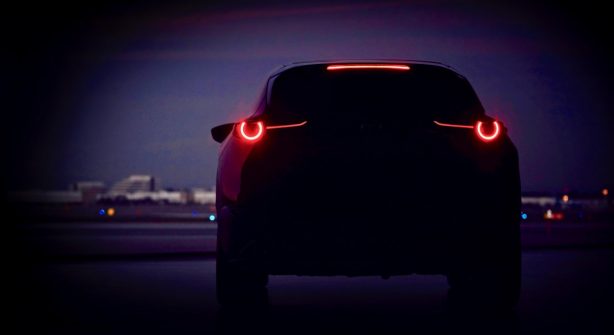 Mazda has dropped a shadowy teaser of a new SUV ahead of its scheduled debut at next month’s Geneva Motor Show.

The single image released today shows the rear view of the crossover, with striking LED taillights hinting at a more matured and evolved Kodo design language that Mazda’s vehicles have been adopting for a while now.

Mazda has not disclosed the specifics of the new model but states in the press release that the SUV will be a brand-new addition to the Mazda line-up, and that it will offer “refined quality in all the areas that matter to drivers”.

Mazda’s new-generation Skyactiv-Vehicle Architecture will underpin the new SUV, while motivation will come from the revolutionary Skyactiv-X engine which employs diesel-like compression ignition in a petrol engine.

Full details of the Mazda SUV will be released at the Geneva show which runs from March 5-17, 2019.