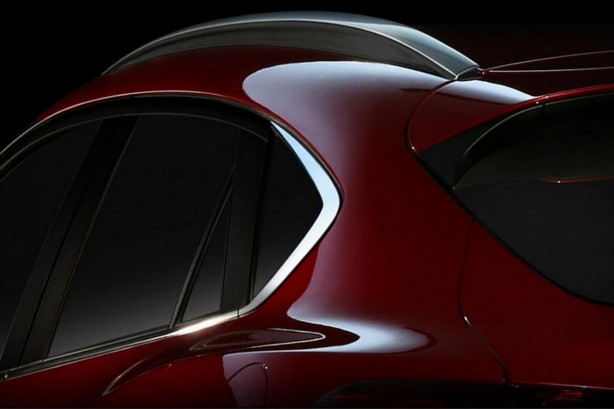 Mazda has released a teaser for the CX-4 crossover ahead of its official debut at the 2016 Beijing Motor Show later next month. Originally previewed by the Koeru Concept (below) from the 2015 Frankfurt Motor Show, the CX-4 is the fourth model in the company’s fast expanding SUV range, joining the CX-3, CX-5 and CX-9 models.

However, Mazda fans don’t get too excited as the CX-4 won’t come to Australia any time soon because according to a report from Automotive News, the CX-4 will initially be manufactured and sold exclusively in China.

Mazda spokeswoman Michiko Terashima told Automotive News that CX-4 is still under consideration for other markets around the world and the company have yet to make a decision.

Like the rest of the Mazda lineup, the CX-4 will feature the full suite of SKYACTIV technologies and the brand’s widely acclaimed Kodo design language.

In an earlier interview with Automotive News, Mazda CEO Masamichi Kogai said the CX-4 is “a totally new car. It’s a lower, sporty SUV. It’s closer to a wagon.”

Comparing the CX-4 with the other Mazda SUVs, Kogai said the new crossover will ride lower and place and emphasis on driving dynamics. The executive also hinted that the CX-4 is targeting the hugely popular Subaru Outback.