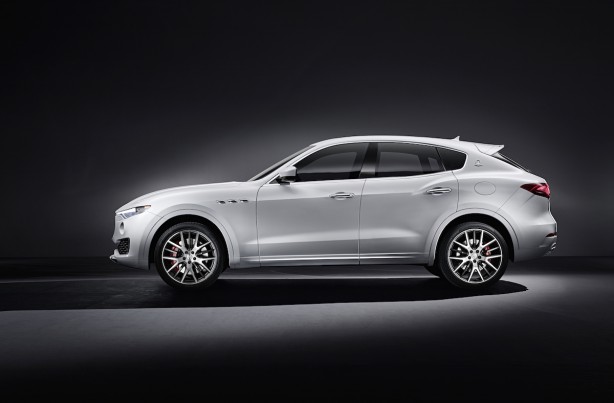 Maserati has taken the wraps off its first SUV in more than 100 years – the Levante, ahead of its world debut at the Geneva Motor Show in March.

The new model will join Maserati’s existing range of saloon and sports cars in the showroom later this year. 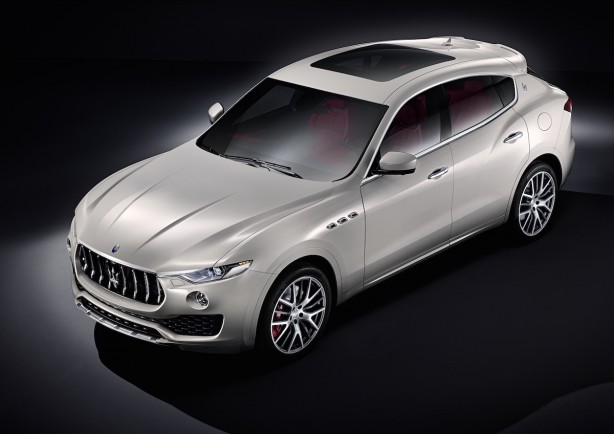 The design of the Levante features clear associations with the Maserati brand and its distinctive Italian character: the aggressive front introduces new, tapered hedlights separated into two elements, with the upper headlight unit connected to the radiator grille. Maserati’s design signature is clearly visible on the sides, too: the three iconic air vents on the front wings, the trapezoidal C-pillar with the “Saetta” logo and the large, frameless door windows. The rear is dominated by the strongly tapered back window and streamlined shape, both typical of a high-performance sports car.

At a technical level, Maserati says the Levante’s chassis is designed to combine the outstanding on-road performance typical of every Maserati with unrivalled handling even on very low-grip surfaces and an excellent off-road performance and ride. The new SUV boasts a high level of content as standard, with all versions featuring sophisticated electronic suspension with controlled damping and air springs, which can be set on several levels, “Q4” intelligent all-wheel drive and eight speed automatic transmission specially calibrated for the brand’s new SUV. 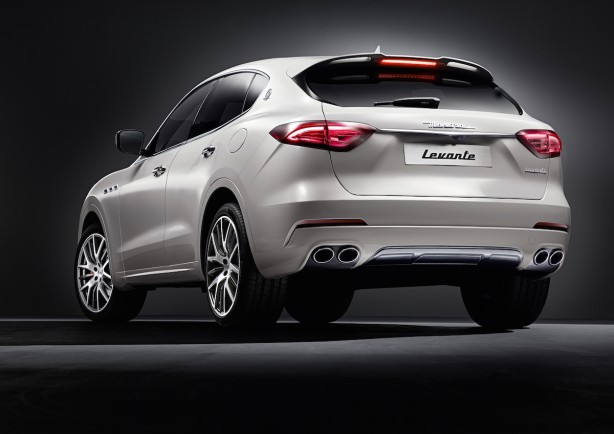 While Maserati remains coy on the luxury SUV’s power unit details, the Levante is equipped with both petrol and diesel engines that are all Euro6-compliant.

The Maserati Levante is built at the Mirafiori plant in Turin. The first cars have already come off the assembly line with the launch planned for this northern spring in Europe, to be followed by the rest of the world and arriving in Australian and New Zealand early in 2017.