Lexus to resurrect SC badge for LF-LC based coupe? 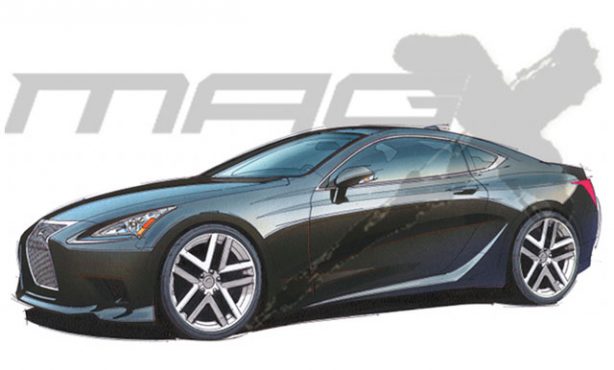 When the Lexus LF-LC concept was first introduced at the 2012 Detroit Auto Show, it received such positive response it prompted Toyota CEO Akio Toyoda to give it the green light for production earlier this year.

With the end of production of the Lexus LFA, reports have suggested that the hybrid 2+2 sports coupe will be Lexus’ new flagship coupe under a new nameplate, but Japanese publication Mag-X reports that it is likely for Lexus to resurrect the SC nameplate for the new LF-LC based coupe.

Along with a new rendering of the new LF-LC coupe (pictured above), Mag-X also suggests that the coupe will be powered by a high performance 3.5-litre V6 hybrid, with a similar dimension to the Lexus LFA measuring 4750mm in length, 1900mm wide and 1350mm in height.

The new coupe is scheduled to arrive in late 2015 and we look forward to its launch, whatever name Lexus decides to call it.

Previous Breaking News: Opel calls it quits in Australia
Next Video: 2015 Honda NSX prototype doing promo round on the circuit