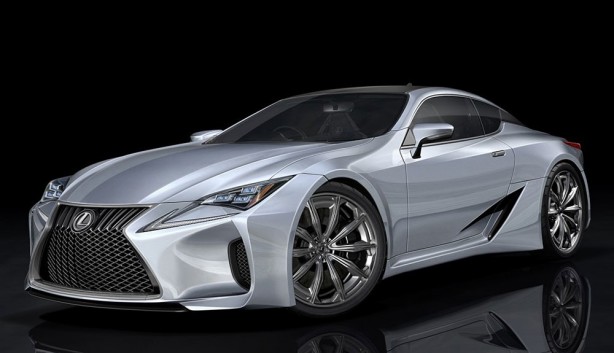 Lexus has confirmed a new model will make its debut at the North American International Auto Show (NAIAS) next week.

The announcement was made on Lexus USA website accompanied by an image showing nothing but a burnout rubber background. The nature of the image suggests a performance model could be in line for the premiere, and our money is on the highly anticipated Lexus LC, the production version of the company’s stunning LF-LC concept.

The new Lexus LC will serve as the company’s flagship sports coupe rivalling the likes of BMW 6 Series and Mercedes-Benz S-Class Coupe. The LC 500 is expected to be powered by the same 351kW/530Nm 5.0-litre V8 from the RC F, but drive the rear wheels through a world-first Aisin-built 10-speed automatic transmission.

A hybrid version will be available in the form of LC 500h and will employ an all-new 3.5-litre V6 petrol-electric powertrain driving the rear wheels. There is also speculation about a full-blown LC F model propelled by a twin-turbo 5.0-litre V8 to take on the M and AMG stable.

All will be officially unveiled in Detroit next Monday and we can’t wait!