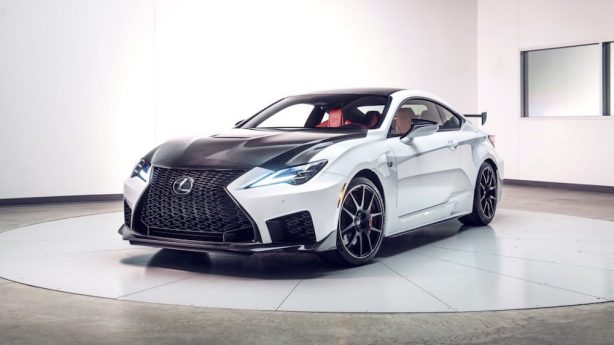 Lexus has unveiled a hardcore Track Edition variant of it’s RC F coupe at the Detroit Auto Show this week, with the lighter, sharper version set to enter production in the second quarter of 2019.

On show with the updated 2019 RC F and the LC Convertible Concept, the RC F Track Edition has been put on a diet to lighten it by around 65kg compared with the outgoing RC F. 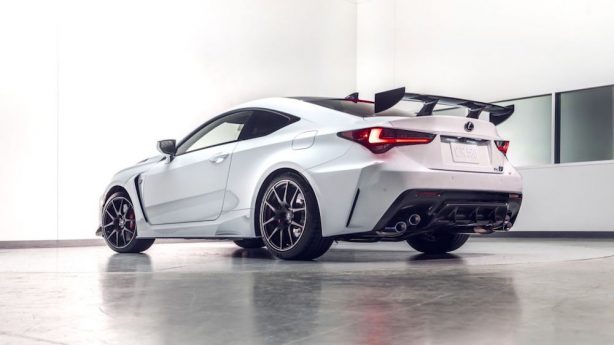 But while the weight is down, power isn’t up, with the 5.0-litre naturally aspirated V8 under the bonnet still producing a stout 351kW and 530Nm. However, more rigid engine mounts have been fitted, along with a revised intake that now sees the secondary intake opening allow more air in from 2,800rpm, rather than 3,600rpm as before.

As before, an eight-speed automatic remains the sole transmission choice, with the power fed through it to the rear wheels alone. A rough 0-100km/h sprint time of “just over four seconds” is all that’s been indicated by Lexus so far.

With the Track Edition designed to blend “a serious performance car for the track with the luxury and craftsmanship expected of a Lexus,” many of the standard RC F’s plush interior appointments have been carried over, with red leather upholstery with Alcantara accents and red carbon-fibre trim on the doors and dashboard as standard. 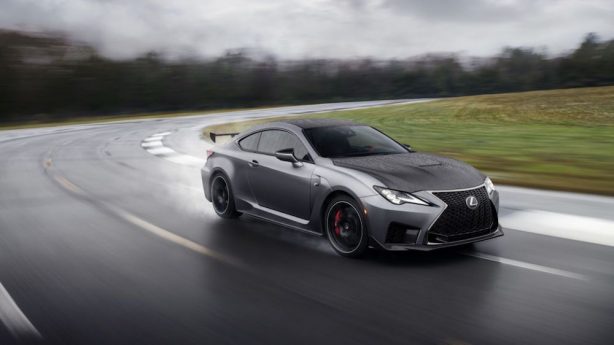 Additionally, the Track Edition and standard RC F are also given an overall styling update in-line with the wider 2019 RC range, which brings new LED headlights with integrated DRLs and a lower lip opening below the grille at the front, and new LED taillights and a reshaped bumper in the rear.

The Track Edition will be offered with a choice of four body colours including White Nova, Sonic Titanium, Graphite Black, and an exclusive Matte Grey.

The 2019 RC F and RC F Track Edition have been confirmed to arrive locally in May. Australian pricing and specifications are set to be detailed closer to the launch date.