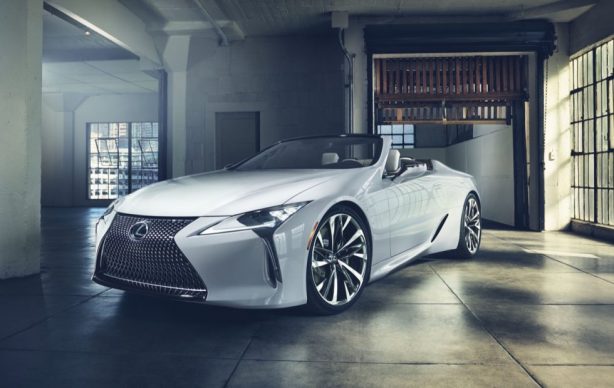 Lexus has lifted the covers off its stunning LC Convertible Concept ahead of its official debut at the Detroit Auto Show in the coming week.

While it’s being billed as a concept, the drop-top LC appears ready for production, although whether it will make its way into showrooms is yet to be confirmed.

Measuring in identically to the current LC coupe – 4,770mm long, 1,920mm wide, but 5mm shorter at 1,340mm – the only real difference between the two is the convertibles electrically retractable roof which, while not shown in pictures, is presumably cloth. 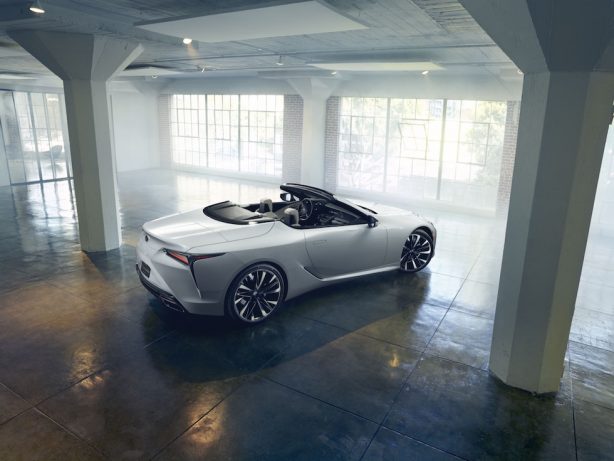 It’s only fair to assume that the convertible will be slightly heavier than the coupe, too, which already weighs in at a hefty 1.9 tonnes and up, although we can forgive it for the weight penalty when it looks this strikingly elegant.

The only other notable difference on show is a set of unique two-tone 22-inch wheels, although it would seem more likely for the real deal to ride on 21s like the coupe if it is to enter production.

Curiously, the convertible does retain the 2+2 seating layout of the coupe, although from looking at the pictures and drawing on past experience with the hard-top, you certainly wouldn’t want to be resigned to the back. 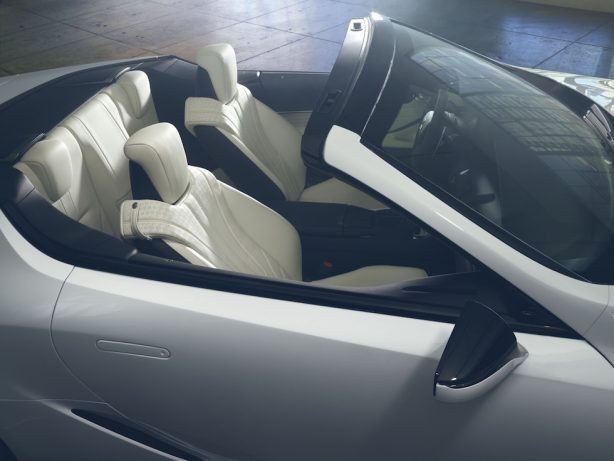 Although Lexus hasn’t offered any details on powertrain options, we would expect it to offer the same two drivetrains available in the current coupe, meaning either a glorious 351kW 5.0-litre naturally aspirated V8 backed by a ten-speed automatic, or a 264kW petrol-electric hybrid with a 3.5-litre V6 and a multi-stage transmission system using both a four-speed auto and a CVT. The V8 would have to be our pick, however, as the convertible would only provide more access to the wonderful noise coming out of the tailpipes.

The LC Convertible Concept will be on display next week at the Detroit Motor Show. Although its production status is yet to be confirmed, we’d expect it to become a reality by some point during 2020.