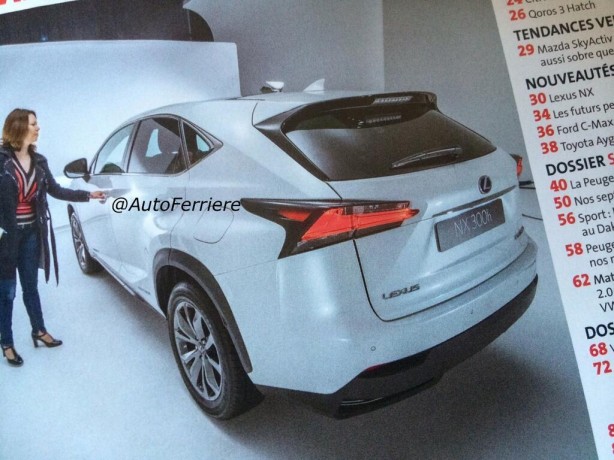 Hot on the heels of a teaser image released by Lexus on the upcoming NX compact SUV, new photos have been leaked onto the internet by French publisher L’automobile Magazine.

The leaked photos were believed to be taken during a studio photo shoot for promotional materials. They clearly show the rear and front quarter as well as the interior of Lexus’ latest SUV. Based on the LF-NX concept which debuted last year to rapturous reception, the NX production model adopts the edgy design of the showcar, albeit slightly watered down. 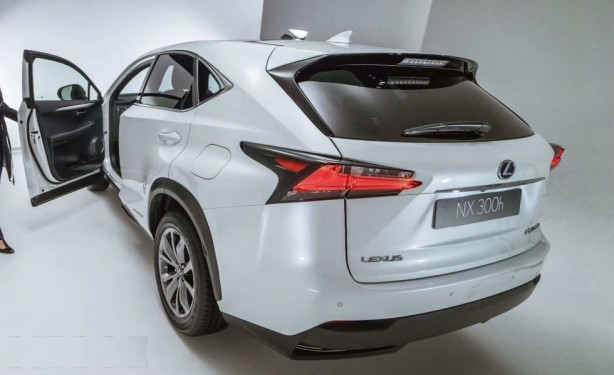 Aimed to take on the Audi Q5, BMW X3 and the upcoming Mercedes-Benz GLA, the Lexus NX will slot below the larger RX. Expect both petrol and hybrid versions to be offered, including the brand’s first turbocharged four-cylinder 2.0-litre engine, bearing the designation NX200t. 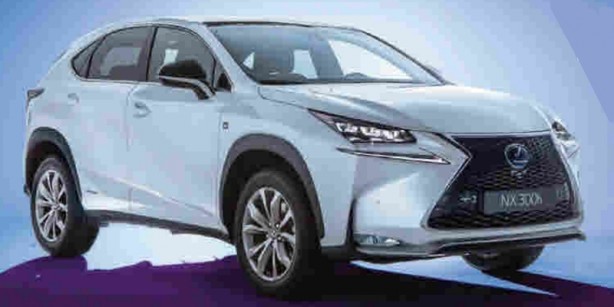 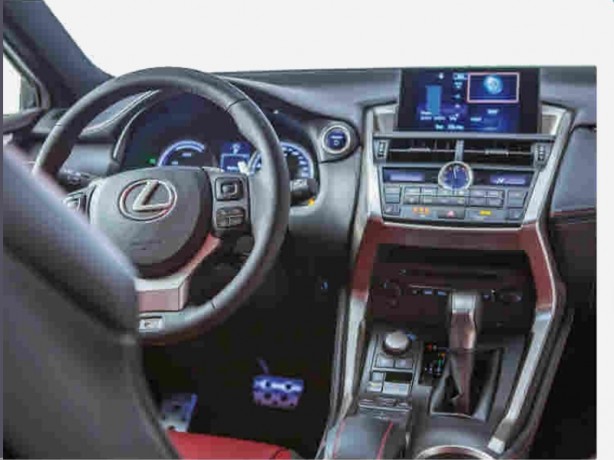