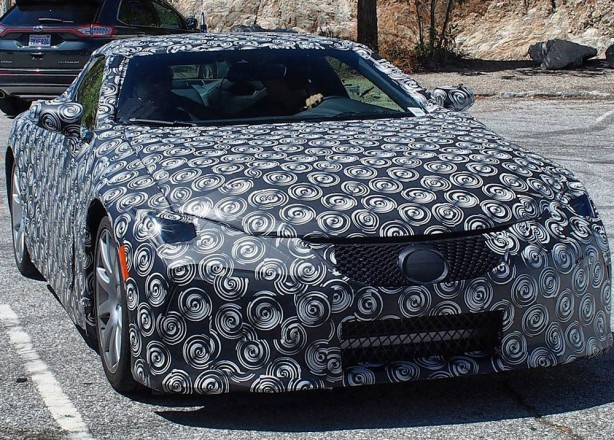 Only last week a heavily disguised production prototype of the Lexus LF-LC was spotted for the first time undergoing testing on public roads, today the successor to the Lexus SC is out and about again and spy photographers have managed to snap the prototype’s front end and side profile.

Like the rear of the prototype we observed last week, it seems the front and side profile also extensively mimic that of the concept we first saw at the 2012 Detroit Auto Show, further proving that Lexus’ boss Akio Toyoda meant business when he said back in July last year that he “didn’t want the production car to look any different from the concept”. 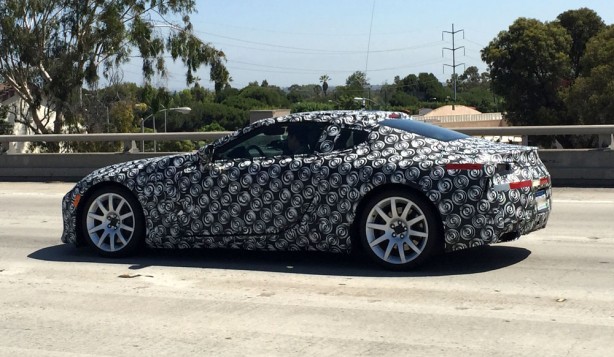 The LF-LC production model will be Lexus’ new flagship coupe and is expected get the 5.0-litre V8 from the RC F coupe that churns out over 351kW of power and 530Nm of torque. A hybrid version will also be offered which will see the V8 mated to an electric motor to produce around 372kW. Both versions will drive the rear wheels through a newly developed 10-speed automatic transmission. 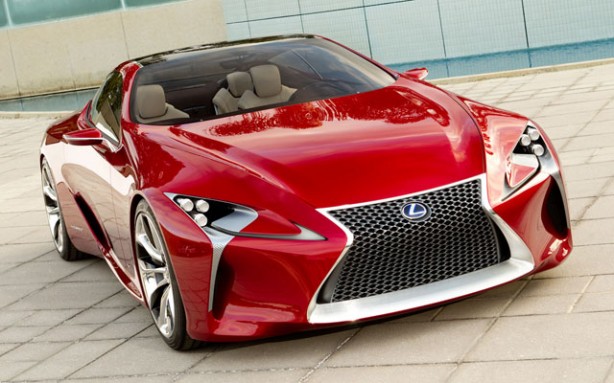 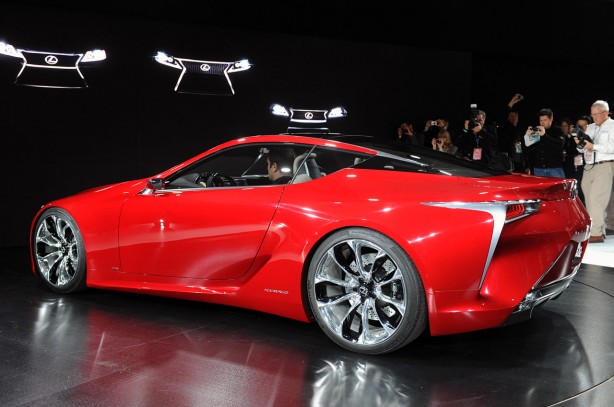