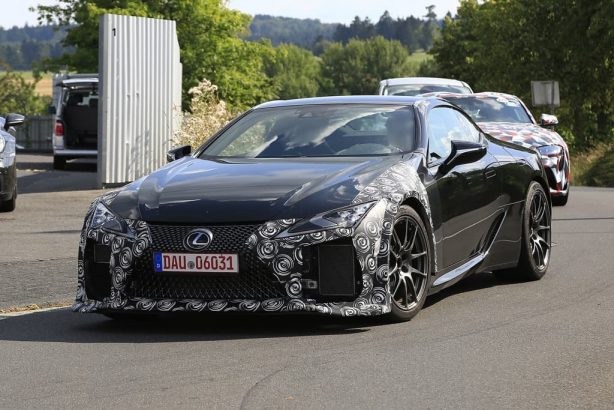 After strings of speculation, rumours and whispers, we finally have news that the Lexus LC F is real. Spotted testing in Germany, the high performance version of Lexus’ highly acclaimed LC coupe is all coming together for an anticipated late 2019 launch.

With only the front bumper and fenders camouflaged, the first ever LC F prototype is showing a lot of skin. Most notable deviation from the standard LC occur at the front, with the front bumper punctuated with large intakes on both sides of the Lexus spindle grille. With minimal mesh covering, we can even see what’s hiding behind those aggressive openings – heat exchangers. This pretty much seals one previous and very important speculation about the LC F’s powerplant. It will be forced-inducted. While nothing has been confirmed thus far, words on the street point to a twin-turbo V8 with around 460kW (620hp) that will be capable of catapulting the BMW M8 and Porsche 911 Carrera rival from 0 to 100km/h in under 4 seconds. 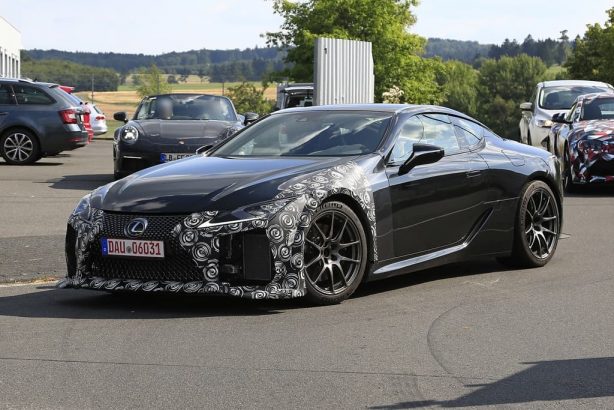 The side view of the prototype reveals more clues of what’s to expect from Lexus’ upcoming performance flagship. The front fenders can be seen to have been extended by an inch or two, making room for a wider track and that signature front fender vents common on all Lexus F models. The brakes appear to have been upgraded as well, with all four rotors stepping up cross-drilled items.

Around the rear, another trademark Lexus F feature is evident. The stacked quad exhaust tips further remove any doubt that we are looking at an LC F. Look closer and you will even see a rather functional rear diffuser beneath the exhaust. 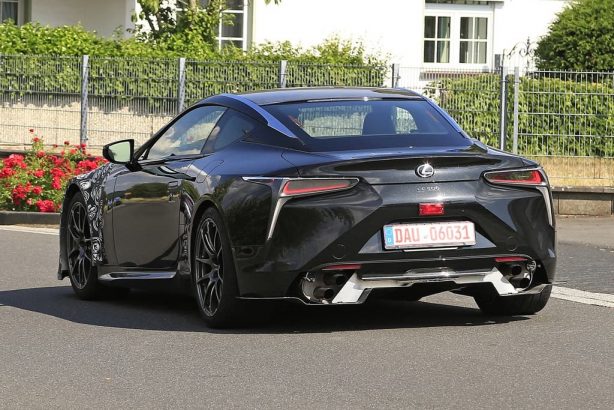 The LC F is a natural progression for Lexus’ flagship coupe, which is currently offered in two flavours: a 5.0-litre V8 LC 500 and a 3.5-litre V6 hybrid LC 500h. Last year, the Japanese luxury brand filed a trademark application for the name “Lexus LC F” in Europe. Exciting times ahead.