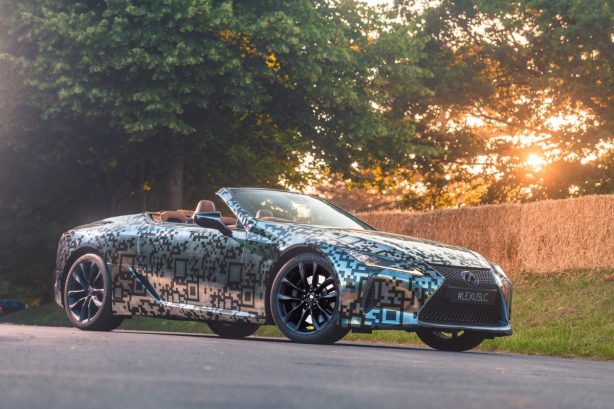 Lexus will extend its LC flagship coupe range with confirmation that an open-top version will soon go into production.

The company claims the convertible version of the LC sports coupe will enhance the presence of Lexus as a luxury lifestyle brand, and serve to broaden the LC line-up and bring a sense of a completeness to the brand’s flagship models.

A prototype of the new convertible will make its dynamic world debut on the hill course at this weekend’s Goodwood Festival of Speed, the world-famous showcase of the finest modern and classic sports cars.

The LC convertible prototype will be driven up the hill at Goodwood by Nick Cassidy, who competes for Lexus in the GT500 class of the Japan Super GT series.

It will be masked using QR codes as the motif to create a “digital camouflage”, teasing the design detail and dynamic capabilities of the full production version. 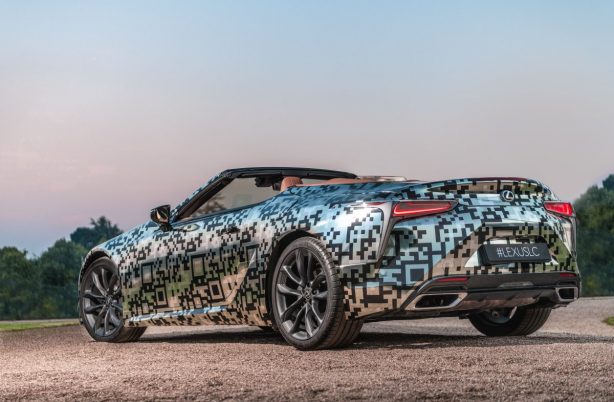 Lexus Australia has indicated that the upcoming LC convertible would be added to the local model offerings.

“We are very keen to secure this stunning new convertible for Australia now that production has been confirmed,” said Scott Thompson, Lexus Australia chief executive.

According to Lexus, the LC convertible will share the coupe’s long, low and clean proportions, while also projecting its own, distinct identity. Its large wheels and short overhangs will “signal its performance pedigree and rewarding driving experience”.

The potential evolution of the LC range to include a convertible was signposted at the North American International Auto Show in January, where Lexus revealed the LC Convertible Concept.

The concept’s design goal was to express “ultimate beauty”. It provoked an enthusiastic response from both industry experts and the public.

Detailed specifications and timings for the LC convertible’s market introduction will be announced later.