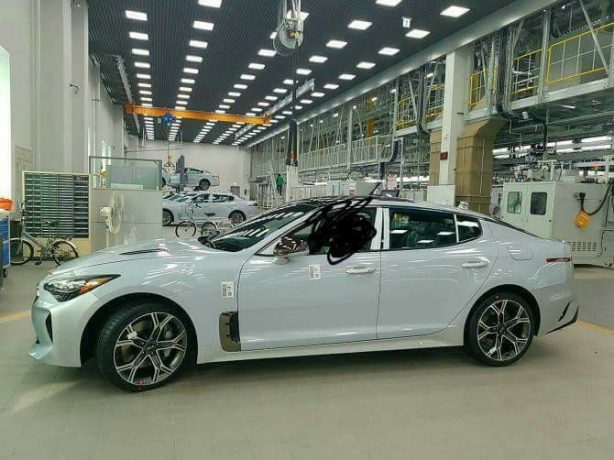 Kia’s new rear-wheel drive sports sedan has made an early appearance on the web, thanks to Kia World.

Codenamed CK and dubbed the K8 in its home market, the pre-production model was snapped fresh off the production line in Kia’s factory in Korea.

The large sedan is based on the Genesis G70 (or Hyundai Genesis in Australia) and is expected to share its new 3.3-litre twin-turbo V6 generating in excess of 268kW paired and with an eight-speed automatic transmission. A 2.0-litre turbo four is also likely to be on offer.

When it goes on sale in the second half of 2017, Kia’s new sports sedan will likely take on the GT moniker.

Don’t expect it to come to Australia anytime soon though, as the company’s local arm has no intention of introducing a rear-drive model in Australia just yet.

Kia has revealed first images of the new Kia Carnival, the fourth generation of the …