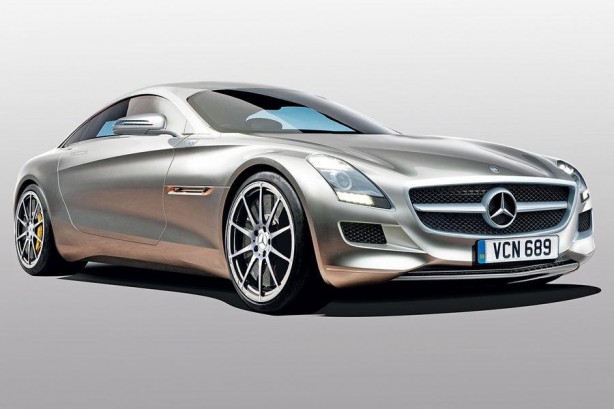 Mercedes is set to build on the success of its SLS AMG supercar and debut a smaller and cheaper version to take on the likes of Porsche 911 and the upcoming Jaguar C-X16.

Development Director of Performance Division, AMG, Christopher Jung, revealed to Auto Express recently: “There is room for an AMG model below the SLS, targeting the Porsche 911. This is the next market for AMG, and we are considering what is the right package.”

Since the SLS Gullwing’s debut in 2009, 5000 cars have found homes around the world. Its success has given AMG the confidence to build a second AMG model, hence establishing itself as a producer of sports cars separate to the regular Mercedes range.

Christopher Jung continues: “it is important to work on our brand and grow it. Look at the Porsche 911 – it is a huge success. They have done a very good job in evolving it over the years. Now, thanks to the SLS, companies like Porsche see AMG as competition. Everyone recognises that AMG can produce super sports cars.”

The junior SLS is still at the infancy of its development, but Jung has revealed that it will be a two seater – “otherwise it will be too heavy”. It will be propelled by a front-mounted V8 engine – “it has to be a V8. We have heritage and customers expect it.”

The V8 in question is likely to be a development of the company’s latest 5.5-litre twin-turbo, producing up to 500bhp (368kW), driving the rear wheels through a 7-speed twin-clutch transmission. Expect the 0 – 100km/h dash to happen in 4 seconds and a top speed of nearly 300km/h. 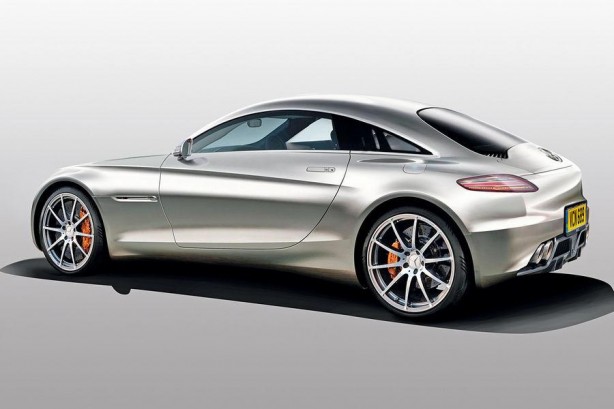 “We have to have performance figures close to competitors, but we need much more,” Jung told Auto Express. “We need it to sound right and go right. It can’t just be the most powerful. It has to have the whole package.”

Not only is speed and handling on the top of AMG’s agenda, the new car is also likely to be highly efficient, employing the use of stop-start and other efficiency enhancing measures.

With Jaguar’s new C-X16 sports car just around the corner from launch, Jung admits that AMG is keeping a close watch. “It is very interesting for me to see the C-X16 at the Frankfurt Motor Show, but I think the starting price of 60,000 Euros is very ambitious.”

He implied that the new junior SLS model would have to start at around 80,000 Euros to be profitable. Like the SLS AMG, the new car will debut as a coupé, with a roadster likely to follow. “When you are new to a market, you can only offer one or two variants. You can’t expect to do more than that from the start.”

Jung did not reveal when the new car will arrive but don’t expect to see it for at least another 3 years.