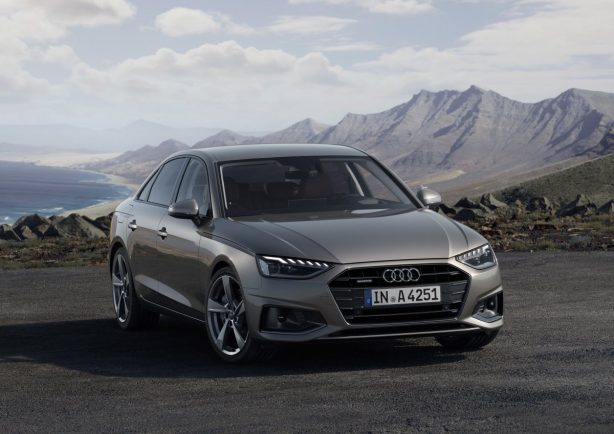 The Audi A4 has been intensively updated for 2020, bringing a restyled exterior, new-generation infotainment system and improved powertrains.

The updated exterior features a new ‘singleframe’ grille that is now broader and flatter, matched by horizontal lines at the front and rear emphasising width. The side view is defined by distinctive muscular styling above the fenders and the lower set shoulder line in between.

LED headlights now come standard in the Audi A4, with the top-of-the-line headlights featuring the Matrix LED technology with fully automatic high beam. 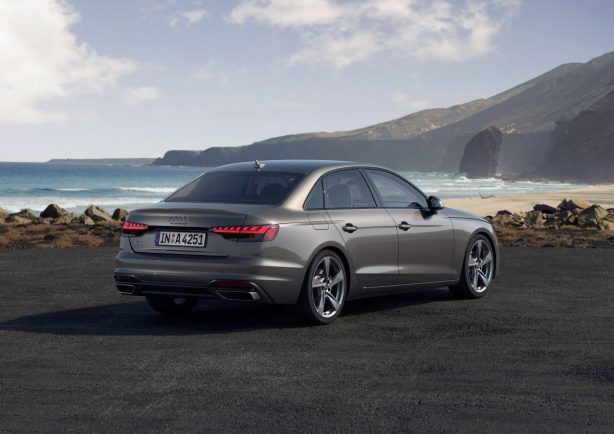 Inside, the biggest change is the new MMI infotainment system, with the highly connected system now offering a user experience similar to a contemporary smartphone. An MMI touch display with acoustic feedback replaces the functions of the previous rotary/pushbutton control on the centre tunnel console. The new high-resolution TFT display measures 10.1 inches.

Audi will be offering the A4 model line with six turbocharged engines at sales launch in Europe. Their power outputs range from 110kW to 255kW – from the Audi A4 TFSI up to the Audi S4 TDI. All engines – whether four-cylinder diesel unit, V6 TDI or four-cylinder TFSI – undercut the limits of the Euro 6d-temp emission standard.

For the market launch three engine variants will feature a mild-hybrid system (MHEV) based on 12 volts, which reduces fuel consumption while improving comfort. 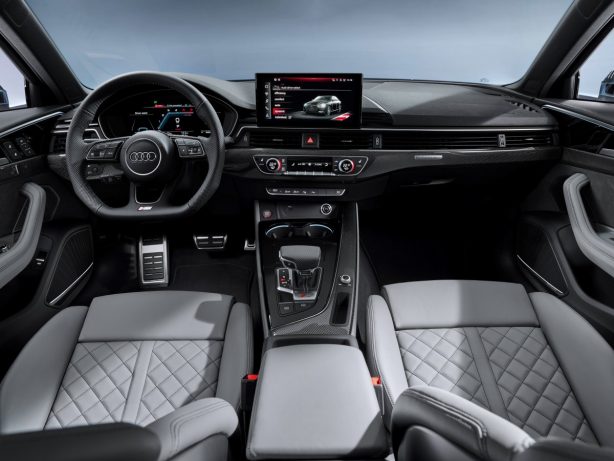 Both S models of the A4 family – the Audi S4 Sedan TDI and the S4 Avant TDI – are now equipped with a V6 diesel engine as a power package. The 3.0 TDI has a power output of up to 255kW and maximum torque of 700Nm. It accelerates the S4 Sedan TDI from zero to 100km/h in 4.8 seconds on the way to an electronically governed top speed of 250km/h.

Audi offers the S4 and the S4 Avant with the 3.0 TFSI in markets outside Europe. The turbocharged petrol direct injection engine has an output of 260kW and produces a hefty torque of 500Nm from 1370 to 4500rpm. The V6 accelerates the S4 Sedan TFSI from zero to 100km/h in 4.7 seconds on the way to an electronically governed top speed of 250km/h. The standard sprint takes two tenths of a second longer in the S4 Avant TFSI.

The new Audi A4 is expected to arrive in Australia in the second quarter of 2020. Further details on the model line-up, pricing and specification will be announced closer to launch.