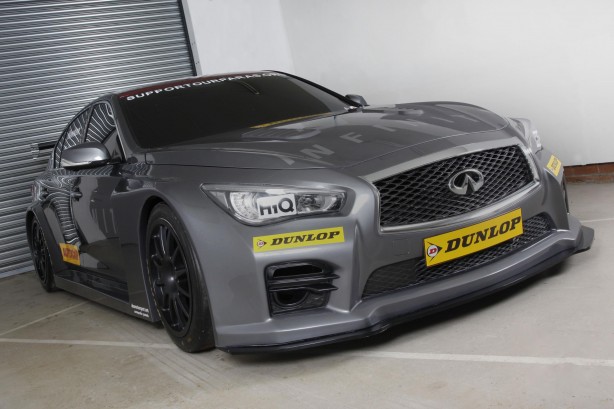 Infiniti may have its name plastered all over the Red Bull Racing Formula One team, but those are nothing more than just stickers, as the beating heart of the open-wheeler is still a Renault engine, Nissan’s corporate cousin.

The brand’s motorsport heritage is as plain as vanilla. But that’s about to change, as Infiniti is all set to enter the British Touring Car Championship (BTCC) in 2015. And this is Infiniti’s entry car for the 2015 season – the Infiniti Q50.

The luxury arm of Nissan will back the non-profit ‘Support our Paras’ team, the official charity of The Parachute Regiment, raising funds for the welfare of injured Paras and their families. Driving for the team will be Richard Hawken, a triple club championship winner, and Derek Palmer Jr. 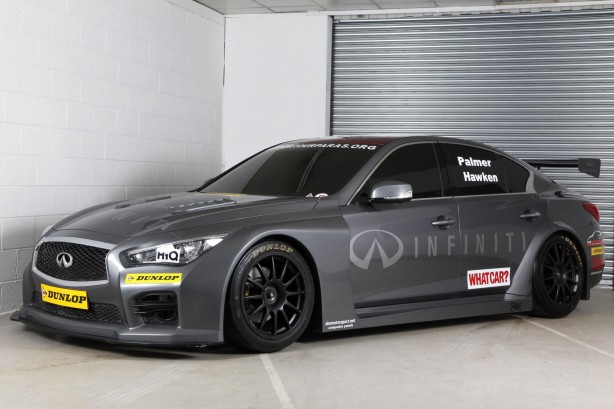 Infiniti has not released technical details of the Q50 racer, but going with the BTCC ‘Next Generation Touring Car’ guidelines, the car will likely use a 2.0-litre turbocharged engine with over 300hp (223kW) matched with a six-speed sequential gearbox driving the rear wheels.

“It’s fantastic to welcome a new manufacturer to the BTCC and particularly a premium brand such as Infiniti,” said BTCC director Alan Gow.

We can only look forward to a more exciting 2015 BTCC season.