Infiniti Q30 production model to debut at Frankfurt in September 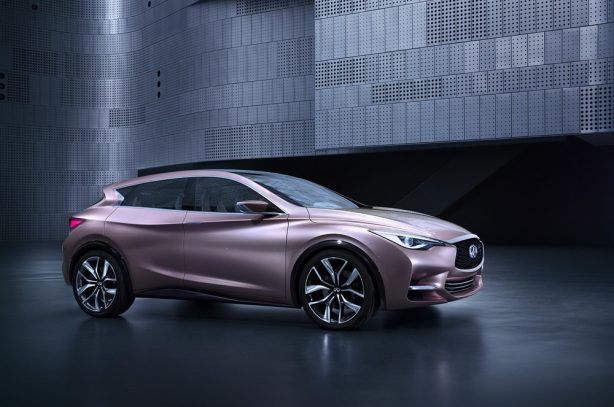 Infiniti will unveil the Q30 production model at the Frankfurt Motor Show in September this year, two years after the Q30 Concept debuted at the same venue.

The Q30 is a key model in Infiniti’s quest to expand its range of offerings. Designed to attract younger buyers to the brand, the Q30 concept features a dynamic design with the sportiness of a coupe, the roominess of a hatch and the higher stance of a crossover.

It is believed that the production version of the Infiniti Q30 will utilise Mercedes-Benz’ new MFA modular front-wheel drive platform that already underpins the highly successful A-Class hatch and GLA crossover.

Infiniti says it is in the final stages of preparing the launch. Dynamic testing and ultimate validation is currently taking place across the UK and throughout mainland Europe where development of the vehicle has been completed at the company’s Engineering Center in Cranfield, UK, since 2014.

The Infiniti Q30 will go on sale in Europe towards the end of 2015 with other markets to follow subsequently. More news on the Infiniti Q30 active compact will be released closer to the Frankfurt show in September. 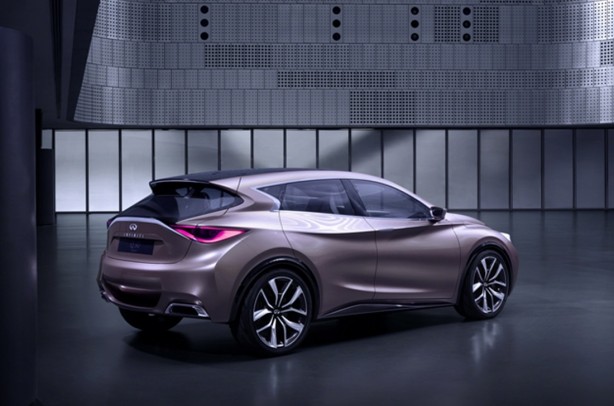