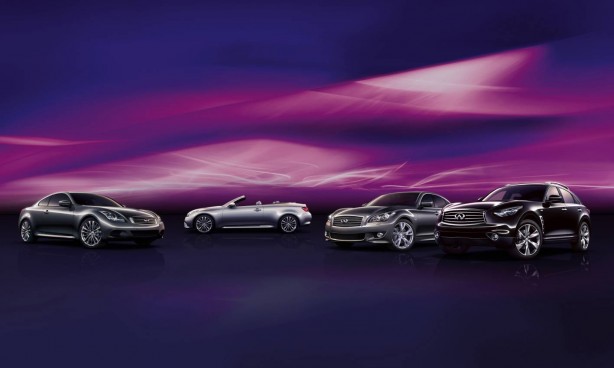 Infiniti’s first retail centres will be set up in Sydney, Melbourne and Brisbane in time for the brand’s local launch in August this year.

Plans for the first authorised Infiniti centres in both Adelaide and Perth are also underway, scheduled to be opened in 2013.

Among the selection criteria set by Infiniti Cars Australia are the ability to deliver personalised and unique customer service and the provision of suitably skilled and experienced brand-dedicated teams for both sales and management functions.

In Melbourne, Penfold Motors has been appointed as Victoria’s first retail partner. Penfold Motors brings with it 50 years of experience in the automotive retail industry and is in the process of readying its boutique showroom.

Meanwhile, A.P. Eagers is Infiniti’s first official retail partner in Brisbane. It is one of the country’s largest automotive retail groups, with close to 100 dealerships across Australia.

Globally, Infiniti is undergoing an aggressive expansion, especially in Europe where it recently opened new retail centres in Spain, France and Luxembourg. According to the Japanese company, a new Infiniti Centre has opened in Europe every two weeks since 2008 when the brand launched there.

Back in Australia, sales of the company will kick-off with the Infiniti M sedan and the Infiniti FX SUV in August, while the Infiniti G Coupé and G Convertible will join the line-up in December.