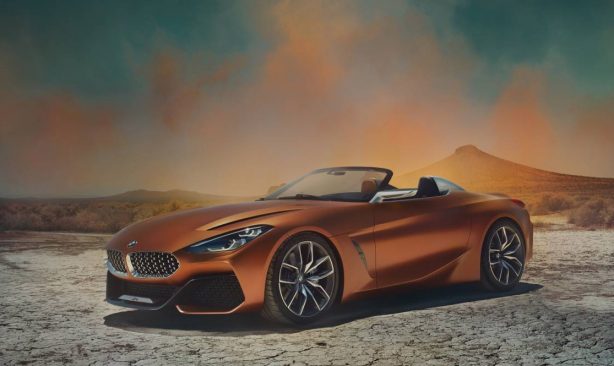 Following last week’s shadowy teaser, BMW has today unveiled the Concept Z4 in its full glory. The roadster, which is set to preview the next-generation Z4 production model, debuts at the annual Concours d’Elegance in Pebble Beach, California this weekend.

“The BMW Concept Z4 expresses the new BMW design language from all perspectives and in all details. From the dynamic-looking front to the striking flanks to the clean-cut tail end: a few lines and the subtle interplay between surfaces are enough to generate a sense of power and emotion,” said van Hooydonk, Senior Vice President BMW Group Design. 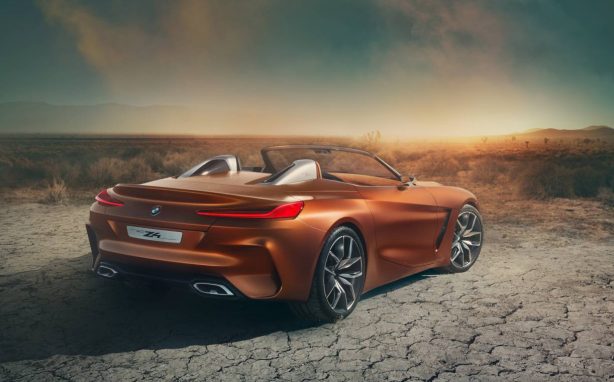 The BMW Concept Z4 is the perfect example of a classical roadster model combined with a modern look. The concept features a stretched version of the Bavarian company’s kidney grilled, flanked by a pair of LED headlights with stacked LED running light – a first for BMW.

BMW has confirmed the Z4 production model, which is co-developed with Toyota, will bow in next year.