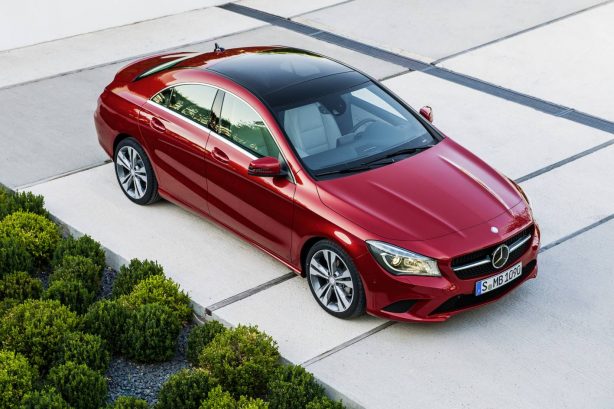 After numerous teasers, including a leaked image of the go fast CLA45 AMG, the Mercedes-Benz CLA has finally been revealed at the 2013 North American International Auto Show in Detroit.

It is Mercedes’ entry level four-door coupé that is all the rage these days. The CLA is based on the company’s front-wheel drive platform that also underpins the A-Class and B-Class.

Mercedes has confirmed 5 variants will be available at launch, excluding the CLA45 AMG. The range starts with the CLA 180, which also include a fuel miser counterpart called CLA 180 BlueEfficient Edition that is equipped with fuel –saving features like longer gear ratios and stop-start. Both models are powered by a 1.6-litre turbocharged four-cylinder petrol engine producing 91kW (122hp) and 200Nm of torque. The engine is mated to a standard 6-speed manual transmission. 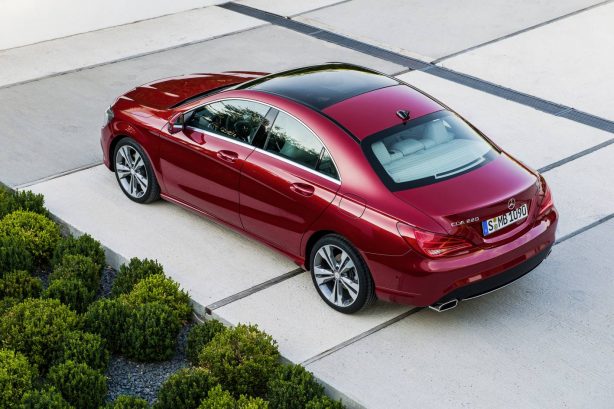 Above the CLA 200 sits the CLA 250, this comes with a 2.0-litre turbocharged four-cylinder direct injected petrol engine. It is good for 155kW and 350Nm of torque. Mated to a 7-speed dual-clutch transmission, it sprints to triple digits in 6.7 seconds. The CLA 250 is also available with 4MATIC all-wheel drive in certain markets.

The singular diesel engine at launch is the 2.2-litre four-cylinder diesel in the CLA 220 CDI. It is paired with a 7-speed dual-clutch gearbox and produces 127kW of power and 350Nm of torque. 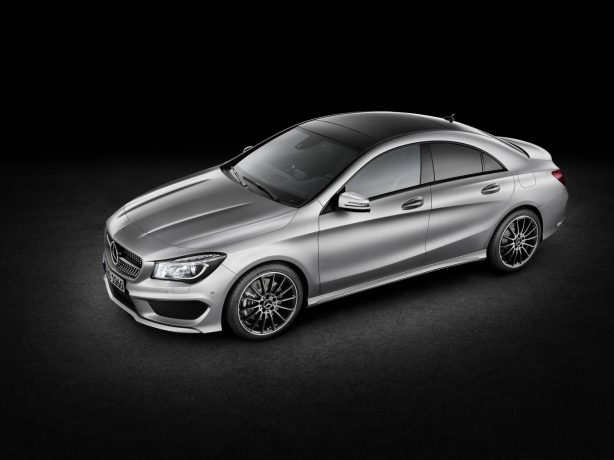 Not only does the CLA look good, it is also slippery, with a Cd figure of 0.23. This is also aided by such aerodynamic features as low A-pillar shoulder with adapted A-pillar geometry, aerodynamically optimised door mirrors, low-drag wheel trims and serrated wheel spoilers on the front and rear wheel arches. There is also extensive underbody cladding to smoothen things out. 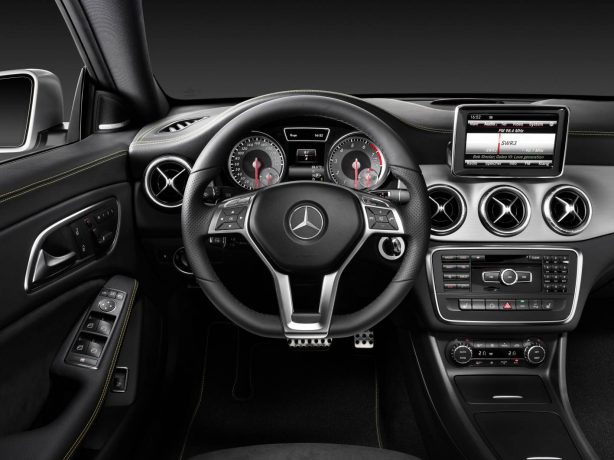