How Do You Repaint a Lexus LF-A? 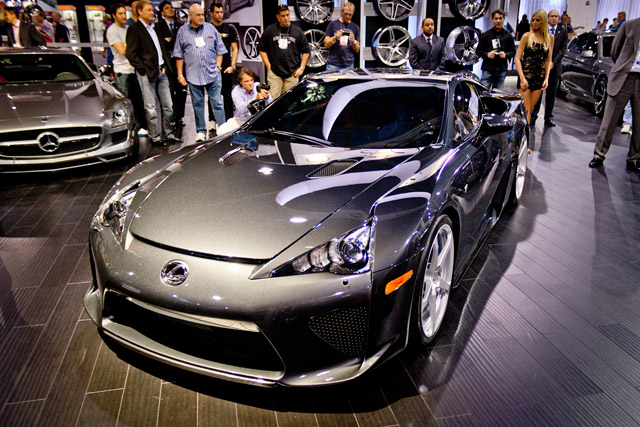 We have seen different colours of the Lexus LF-A making appearance in many major motorshow and car events. First it was the pearl white LF-A making waves worldwide at its first launch, then it was the matte black LF-A touring major car events and later the vibrant red LF-A appearing in track days. You might wonder with only 500 ever built, how many of those have been reserved by Lexus as a show car?

Well they are all actually the same car, only thing is it gets repainted again and again every five months or so. So what’s the next colour going to be? It’s this Pearl Grey Metallic.

It made its first appearance (under the new skin) at the 2010 SEMA show earlier this month. The paint job is the work of L.A. based B.A.D. Company.

The whole paint process is documented at Lexus Magazine.