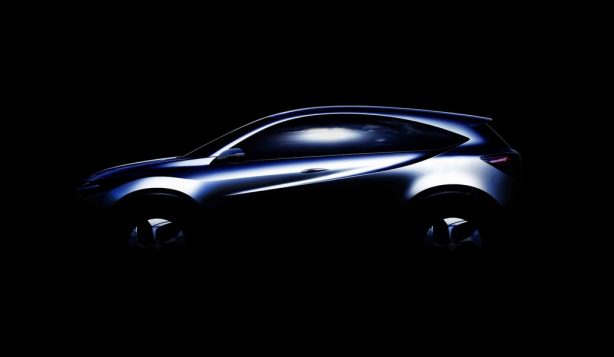 Honda has announced today that it will unveil an all-new “Urban SUV Concept” at the 2013 North American International Auto Show in Detroit next month.

The new compact SUV will be based on the Honda Jazz platform and will combine a “sporty and dynamic SUV profile with a spacious and practical interior”, according to Honda. It will slot underneath the larger CR-V in Honda’s SUV lineup.

Details of the Urban SUV Concept have remained under wraps until its unveiling at the Detroit show but the Japanese car maker has released a single teaser image of the crossover.

Stay tuned for more details and images from the Detroit show starting from January 14.