Video: McLaren P1 – Spied Inside and Out 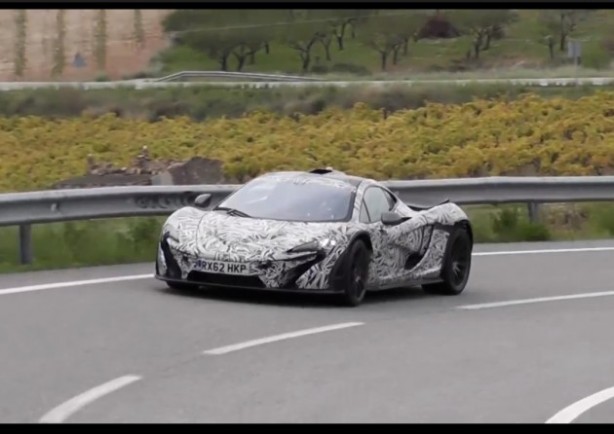 Thanks to our friends with the long lense, the highly anticipated prototype version of the McLaren P1 has been caught while out testing.

With the production model still a year away, it offers us a glimpse of what the final car will look like, both inside and out. According to McLaren, what you see here is “more than 95 percent” of the final production car.

From the video, we can see the P1 continues with McLaren’s tradition of having a minimalist cabin, with race car-like instrumentation.

The P1 concept that made its debut at the Paris Motor Show in September boasts a drag coefficient of 0.32 and is constructed mainly of carbon fibre. Its aero design provides 600kg of downforce – more than 5 times that of the McLaren MP4-12C, and the highest of any road cars on sale today.