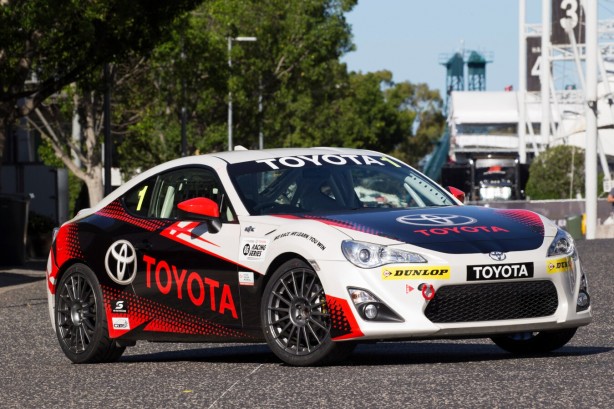 A trio of high-profile racing drivers bearing some of the most famous names in Australian motorsport has combined to give the Toyota 86 race car its official track debut.

The 86 race car’s public debut coincides with the announcement of Dunlop as the official tyre supplier to the Toyota 86 Racing Series, which will be contested at selected V8 Supercars rounds starting in May next year. 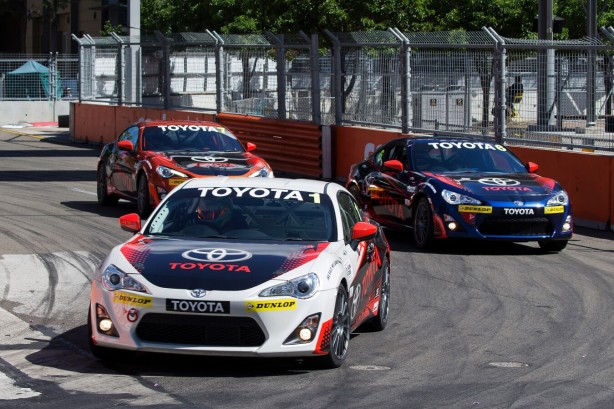 The Toyota 86 Racing Series is a grassroots initiative designed to provide an entry point and training ground for up-and-coming drivers, offering a confirmed prize pool of $125,000.

Johnson, Tander and Seton took the wheel to demonstrate Toyota’s plan for selected professional and other nominated drivers to compete alongside less experienced drivers aiming to advance their careers.

Toyota’s nominated drivers will not be eligible for points or prizemoney; their primary role will be to engage with the broader field and provide advice ranging from race-craft and driving technique to team structure and focus.

Johnson, with close to 20 years’ V8 Supercars experience, is the kind of seasoned professional that can help mentor aspiring drivers taking their first steps in a national motorsport event.

Seton, son of V8 Supercars Hall of Fame inductee Glenn and grandson of 1965 Bathurst winner Barry, has made a big impression since making the progression from go karts to GT and production car competition over the past two years. 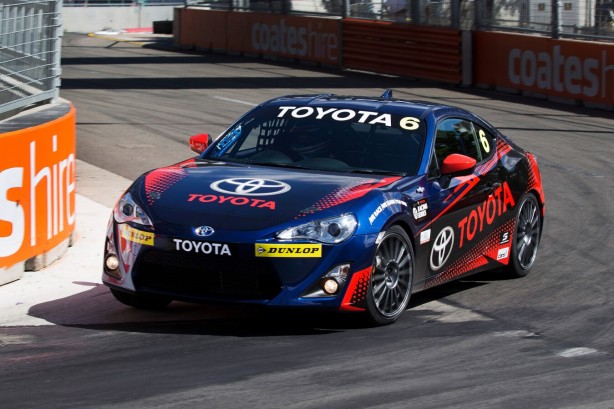 “With an extensive history and legacy in motorsport, founded on performance and technology, Dunlop is proud to have been endorsed by Toyota as its partner in this exciting new racing category which is sure to thrill Australian motorsport crowds,” Mr Fuller said.

The Toyota 86 Racing Series is scheduled to start in May (Winton) and will include rounds at Sydney Motorsport Park (August), Sandown (September), Bathurst (October) and Sydney Olympic Park (November). The entry fee is $1,500 per round – the lowest for any mainstream national series.