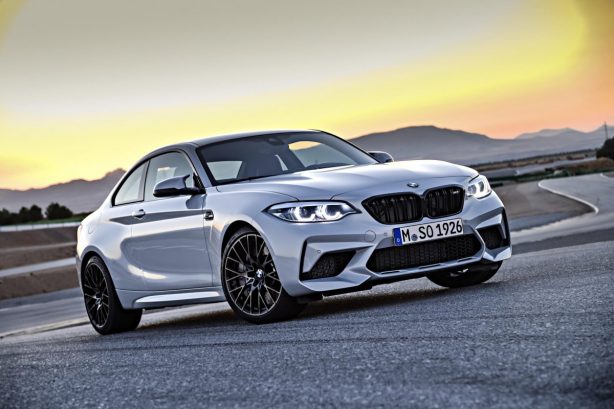 In adopting the familiar Competition strategy seen in the current M3 and M4, BMW has launched the M2 Competition today, a focused model that adds to the standard M2’s overall performance, including adoption of the M3/M4’s engine and specifically enhanced dynamic characteristics.

Like the standard M2, purists can also opt for the six-speed manual gearbox, which will remain as a no-cost option for the M2 Competition in the Australian market. 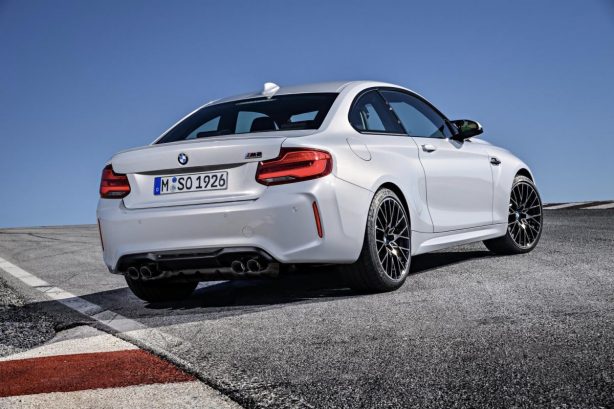 The M2 Competition has not only carried over the M3/M4’s engine, but also adapted its bigger brother’s oil supply, cooling and exhaust systems.

A forged wheel option is available for the first time on the M2 Competition. Measuring 9J x 19 at the front axle and 10J x 19 at the rear, these lightweight forged wheels are matched to 245/35/ZR 19 front tyres and 265/35/ZR 19 rears for improved steering response, directional stability and traction. These Y-spoke design wheels are available in two colour finishes: light high sheen, or black.

Differentiating the M2 Competition from its predecessor is a newly-designed front skirt that is optimised for air flow and cooling. The classic BMW kidney grilles are painted in high-gloss Shadow Line black, as are the ‘side gills’ seen on the front wings.

Moving to the rear, the black quad exhaust outlets follow the colour precedent set with the M3 and M4 Competition, along with the darkened ‘M Competition’ badgework. 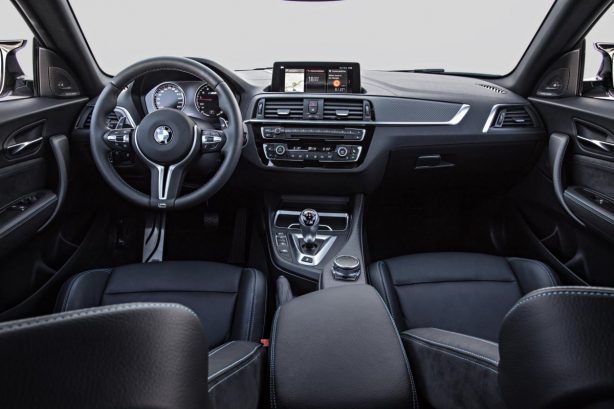 Upon opening the door of the BMW M2 Competition, driver will be greeted with new ‘BMW M2 Competition’ sill plates. Elsewhere, the M Sport seat is highlighted by an illuminated M2 logo on the backrest, and the headrests are moulded into the seat itself.

BMW M stripes have been woven into the seatbelts, a pattern mimicked on the leather steering wheel’s stitching.

The new dashboard displays the M2 Competition logo when the red start/stop button is depressed, enticing the driver with what lies ahead.

The BMW M2 Competition has been confirmed for Australia. Full details on local pricing and specification, as well as expected availability, will be announced shortly.