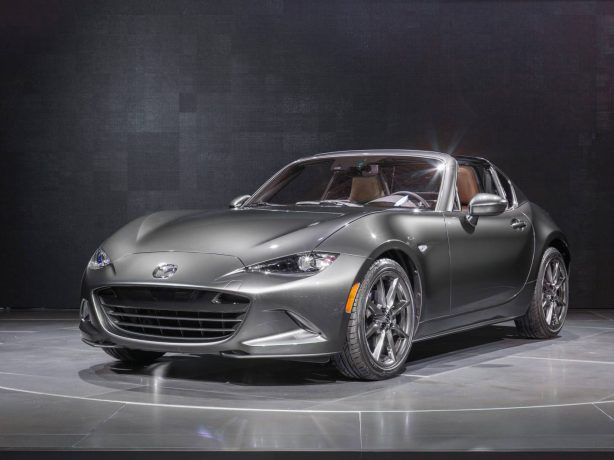 The hardtop version of the Mazda MX-5 is heading to Australia for a February 2017 launch. Boasting a retractable fastback roof, the two-model Mazda MX-5 RF line up starts from $38,550 plus on roads for the 6-speed manual, $4,060 more than its equivalent soft top sibling.

Unlike the previous generation of hardtop MX-5, which had a folding roof that collapsed into the boot, the new MX-5 RF (stands for Retractable Fastback) features fastback styling with a smooth roofline that slopes down to the rear end. A section of the roof and back window can be folded into the boot for an open-air feeling. The power roof can be opened or closed at speeds of up to 10km/h with the press of a button. 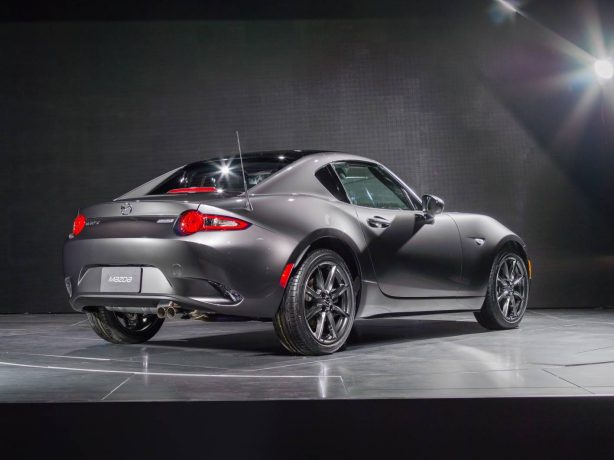 The MX-5 RF is exclusively powered by the 118kW/200Nm SKYACTIV 2.0-litre engine driving the rear wheels via a six-speed manual or six-speed automatic transmission.

Specification levels mimic those of the soft top range. In addition to the retractable fastback roof, the MX-5 RF also gains a 4.6-inch full-colour TFT display, LED headlights (with Adaptive Front Lighting) as well as a leather-trimmed steering wheel and gear-lever.

The RF range tops out with a GT model alternative that has a black painted roof and premium Nappa leather interior trim. 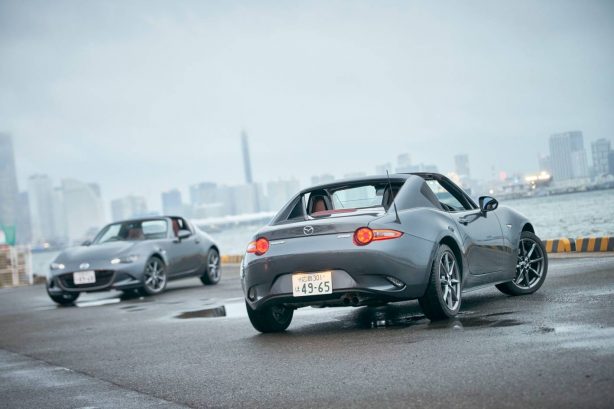 A new exterior paint colour is also now available – Machine Grey Metallic which substitutes for the MX-5 soft top’s Meteor Grey Mica. According to Mazda, the new shade is specially designed to accentuate the beauty of the company’s KODO design language – a styling theme adopted in its range of models.