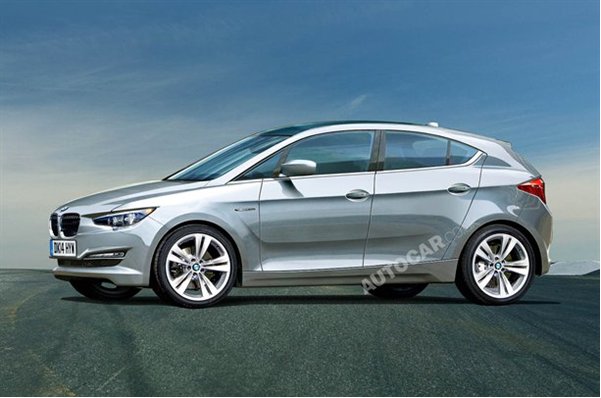 BMW is set to break the tradition with the eventual introduction of a pair of front-wheel-drive vehicles. They will be part of the 1-Series family and are aimed at the Audi A3.

BMW hopes to tap into the market segment between the Mini and the rear-driven 1-Series. The Bavarian company will also showcase a ground breaking new 3-cylinder engine with the new cars.

According to our source at Autocar, UK, the front drive BMWs will be based on a modified Mini Countryman platform with an aluminium intensive chassis. They will be offered in hatchback as well as wagon configuration. The new cars are not to be confused with the company’s motor shows star, the MegaCity, as they are totally separate.

Developed under the codename UKL, the front-drive 1-Series will be significantly different from the second generation rear-drive 1-Series. As with most front-drivers, the engine in the UKL is transversely mounted under a relatively short bonnet, while the rear-driven 1-Series will have its engine longitudinally mounted under a typically long bonnet.

Being a front-wheel-drive will also liberate precious space within the car’s interior, as designers can eliminate the transmission tunnel, traditionally used to channel power to the rear wheels via a propshaft.

The designers are also able to bring forward the front bulkhead and A-pillars. This improves interior packaging to compete with class leaders such as the Volkswagen Golf and the Audi A3.

BMW insiders also hinted the five-door hatchback will adopt a similar silhouette to that of the 5-Series GT, despite on a smaller scale. This means more upright windscreen and larger door apertures.

Upper spec cars will be endowed with new 2.0-litre, 4-cylinder petrol and diesel engines. Both will employ the latest turbo and piezo-valve equipped injection technology.

These will also be deployed with EfficientDynamics technologies such as stop-start, brake energy recuperation and a new heat recovery system that uses waste heat from the exhaust to generate electric city to power the car’s ancillaries.

BMW’s 6-cylinder engines will however, be reserved exclusively for its rear-driven siblings as they are designed for a longitudinal layout. This though, does not mean BMW isn’t looking at a go fast variant. In fact, Autocar has revealed that Munich insiders are considering reviving the ‘ti’ badge to challenge class leader, the Golf GTi. The performance model will run a 164kW version of BMW’s new turbocharged 2.0-litre engine.

The new 1-Series variant is scheduled to hit European showrooms in 2013.