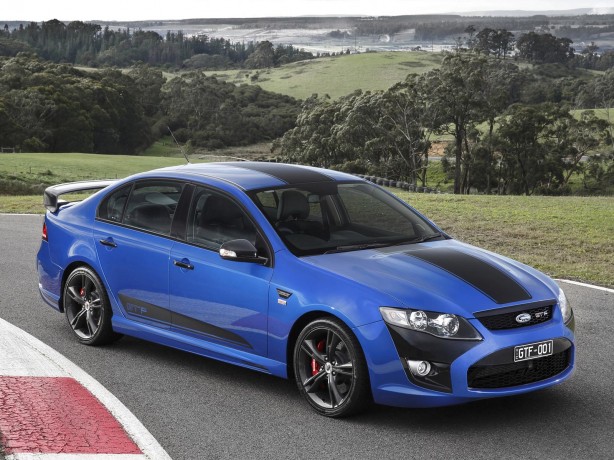 Ford Performance Vehicles have officially unveiled the FPV GT F 351, the most powerful Falcon ever made and the last one to come out of the local factory which will shut down in October 2016.

The GT F’s output was specifically chosen as a reference to the iconic 351 cubic-inch 5.8 litre V8s that powered the original Falcon GTs.

“Our goal was to create the best vehicle we could; a vehicle that pays respect to Ford GTs of old yet celebrates all that is good about Ford’s performance credentials,” FPV Chief Program Engineer, Peter de Leur, said. 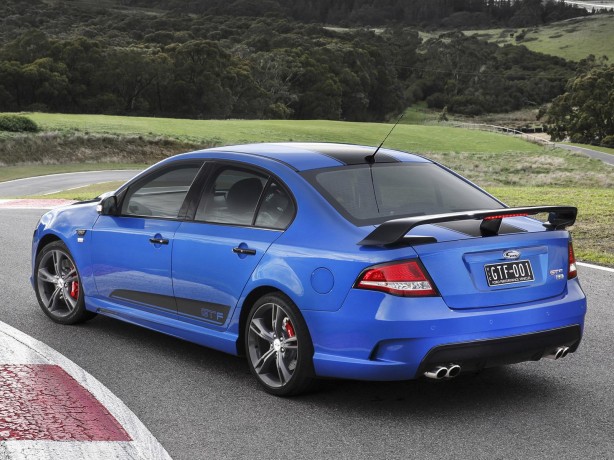 Apart from developing a character-filled 351 kW of power, the V8 engine in the GT F sedan has a transient overboost function in the engine management system that will enable drivers to access 15 per cent more power, if the prevailing conditions are favourable.

The GT F 351’s power curve has been calculated to deliver a very noticeable feel to the car’s performance.

“This is delivered in every gear above 4000 rpm, other than first gear,” de Leur said. “When we started this program we had an opportunity to look at a performance increase for the engine so we developed a strategy around the calibration that allowed for a performance upgrade without impacting the all-round driveability of the car,” de Leur said.

“In doing so, we were also able to make this car special for our FPV GT F customers. We were also able to add things like rear camber bolt adjustment on the rear suspension so it can be adjusted for track days, if a customer wishes,” de Leur said. 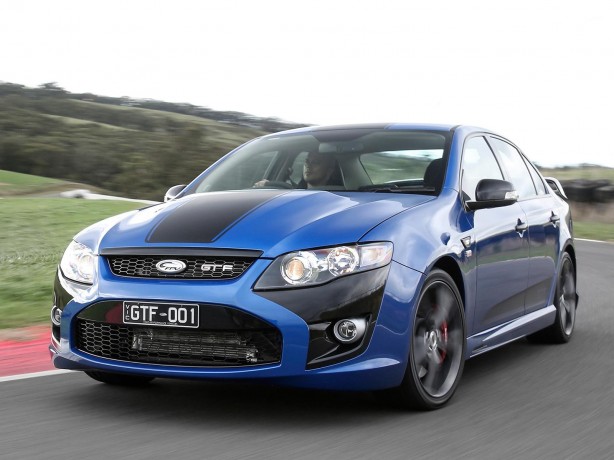 Developed to celebrate Ford’s performance brand, the new FPV GT F also pays homage to the legendary Falcon GTs of the late 1960s and early 1970s. Each will carry an individual build number, with many specific numbers reserved by collectors and Falcon GT enthusiasts.

Ford reported that enthusiastic customers have rushed to dealers Australia-wide to secure the celebration run of FPV GT F sedans and Pursuit utes. Very few GT F sedans remain available and there is strong interest in the Pursuit utes.

Just 500 of the FPV GT F sedans will be built for the Australian market, with an additional 50 built for New Zealand. Ford will build just 120 Pursuit Utes. 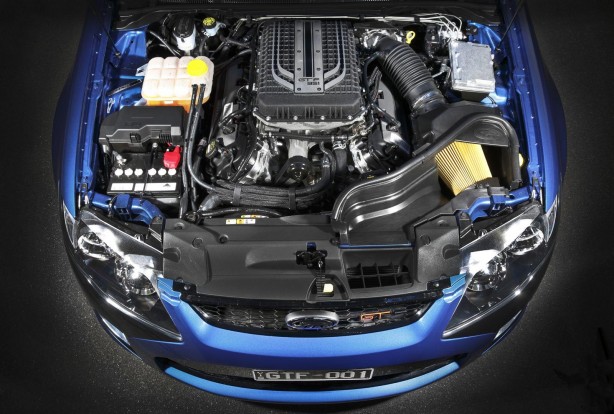 In taking the covers off today, Ford revealed for the first time the GT F’s unique bonnet ‘black out’, which harks back to the original Falcon GTs. The ‘black out’ panel extends over the roof and rear deck lid, giving the last FPV a unique look.

Exposed too was the model’s distinctive ‘stealth’ exterior striping package, together with gloss black accents on the ‘raccoon eyes’, grilles, appliques, door handles, mirrors and rear diffuser, ensuring that the GT F is unlike anything that has come before it.

Another feature of this newest and celebratory FPV is the ‘GT orange’ detailing, which is used on the model’s unique ‘351’ badging, instrument dial faces, seat stitching and embroidery, build number and manual transmission plaquette and the ICC start-up screen. 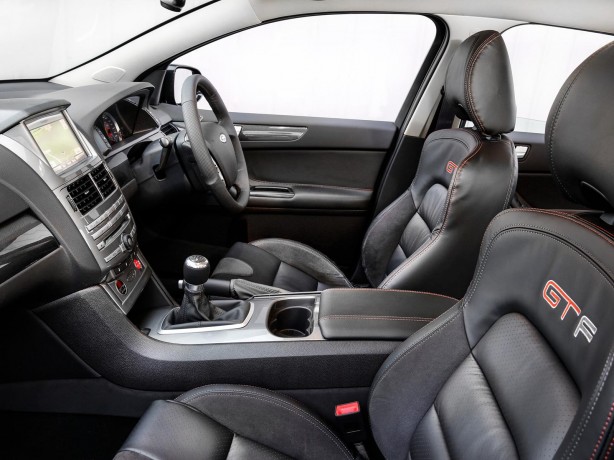 The interior of the FPV GT F 351 has been given a unique contemporary look with darker tones and more lustrous finishes, including to the instrument panel spears, which have a look new to previous FPV models.

Available in five colour variants from the Ford palette, FPV GT F buyers have been given the choice of three colour tonings that convey either a bold and modern look, tone-on-tone elegance or a sense of heritage that recreates the original look of the first Falcon GT.

Ford also announced that every FPV GT F owner will be able to purchase a tailored car cover in dark grey and with model logo and stripe print. The limited-edition Pursuit ute revealed today will feature a new exterior look incorporating a number of GT F style features and includes the bonnet/roof/rear deck black-out. This final FPV ute is powered by a 315kW version of the same supercharged 5.0 litre V8 engine in the GT F.