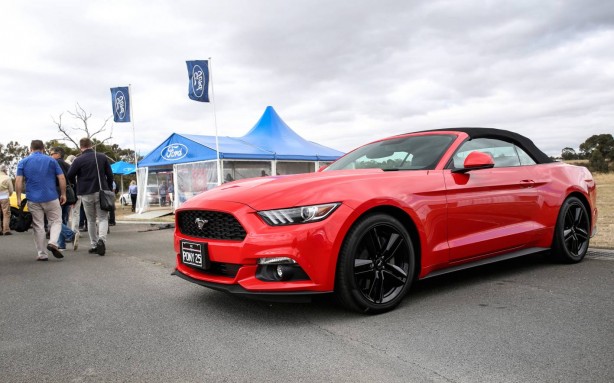 Ford’s 900 ha You Yangs Proving Ground, near Geelong, is celebrating 50 years of operation.

One of only several fully equipped Ford proving grounds in the world, the company chose the proving ground today to celebrate the arrival of the all-new 2015 Ford Mustang, alongside an original 1967 Ford Falcon XR GT.

The XR GT was the first Australian-developed GT performance sedan engineered and tested at the proving ground.

“The advertising catchphrase promoting the 1967 Ford Falcon XR GT was ‘the Mustang-bred Falcon’ so it’s appropriate to have the 1967 car as part of our celebrations,” Ford President and CEO, Graeme Whickman, said.

“It’s also important to celebrate this milestone and highlight the continuing role the You Yangs Proving Ground will play not only in its immediate community but also Ford Australia going forward.

“The proving ground, the $27 million Geelong Research and Development Centre and the Asia-Pacific Engineering Centre in Campbellfield – including the Design Centre – are instrumental as part of Ford’s on-going investment story as the company continues to build its capability as an innovator and centre of excellence for the Asia Pacific region post-2017.” 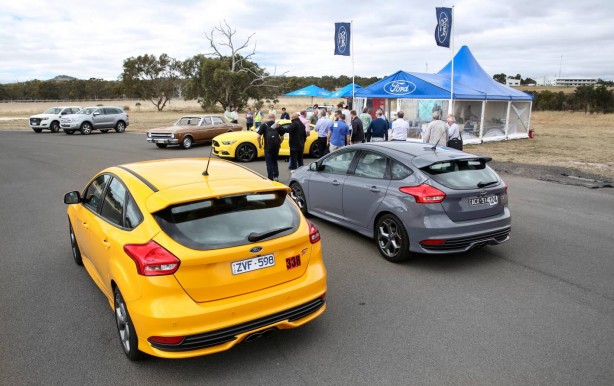 The Proving Ground covers 930 ha of rural land near the You Yangs National Park in Lara, about 50 km south-west of Melbourne, Victoria. It currently employs around 300 engineers, technicians and support staff.

Among the facilities are the Advanced Centre for Automotive Research and Testing (ACART), a Vehicle Semi-Anechoic Chamber (VSAC), vehicle dynamics area, a kinematics and compliance rig and a High Speed Centre. The proving ground also has more than 80 km of test surfaces covering a range of roads, corners, braking test areas and inclines designed to test both vehicles and components.

Ford Australia’s You Yangs Proving Ground (YYPG) was opened in 1965. One of the first true tests of the fledgling facility was a 112,600km endurance run for the 1965 Falcon XP sedan, which set 49 Australian endurance records during the event.