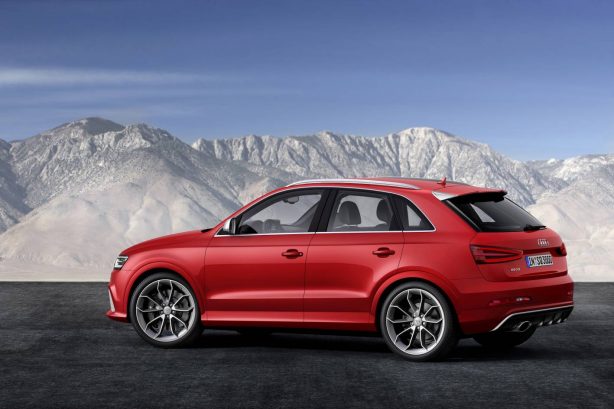 Audi’s first RS model to be priced under $100,000 has been revealed. The Audi RS Q3 will arrive in Australia in the first quarter of 2014 and is the first Q line-up to wear the coveted RS badge.

“In addition to the RS 5 Cabriolet, RS 6 Avant and RS 7 Sportback, the RS Q3 is the fourth RS model that we are launching on the market in 2013. The RS family is growing to eight members – more than ever.” 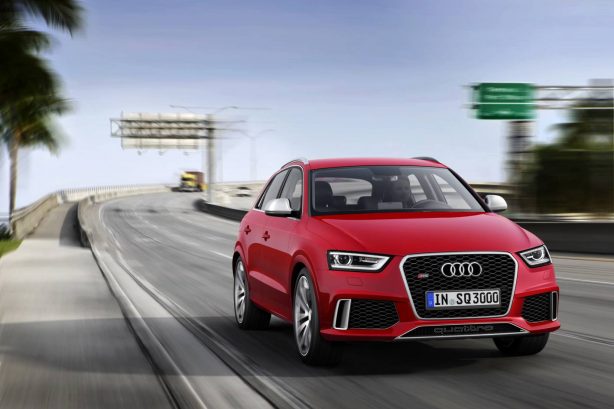 The RS Q3 boasts a powerful 2.5-litre TFSI five-cylinder engine with 228kW of power and 420Nm of torque that is available from 1,500 – 5,200rpm. It is a lightly modified version lifted out of the Audi TT RS and RS 3 Sportback.

It launches the RS Q3 from 0 – 100km/h in just 5.5 seconds, en route to an electronically limited top speed of 250km/h. In spite of the blistering performance, the SUV sips only 8.8L/100km of premium unleaded, thanks to a standard Start-Stop System – a first for the engine.

Transferring the power is a standard 7-speed S tronic dual-clutch transmission with paddle shifters on the steering wheel. It is also equipped with launch control for optimal traction. An electro-mechanical parking brake and hill hold assist are also standard. 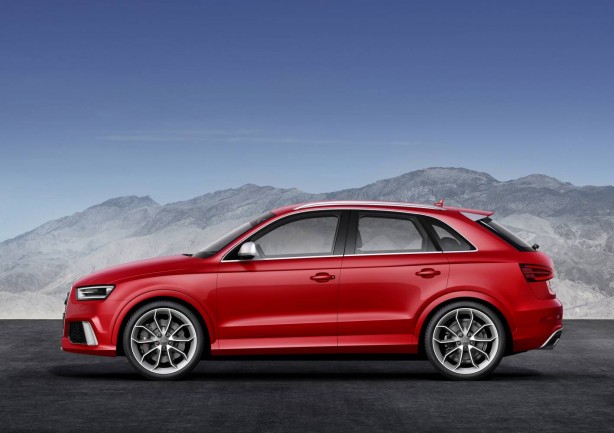 Compared to a standard Q3, the RS Q3 sits 25mm lower, while the battery is located in the luggage compartment to achieve better weight distribution.

Aesthetically, there are the usual RS-specific design details, such as the high-gloss black honeycomb front grille, RS front bumper and quattro emblem in the front air intake. At the back, there is a large roof spoiler, rear bumper with distinctive diffuser insert and large elliptical tailpipe. 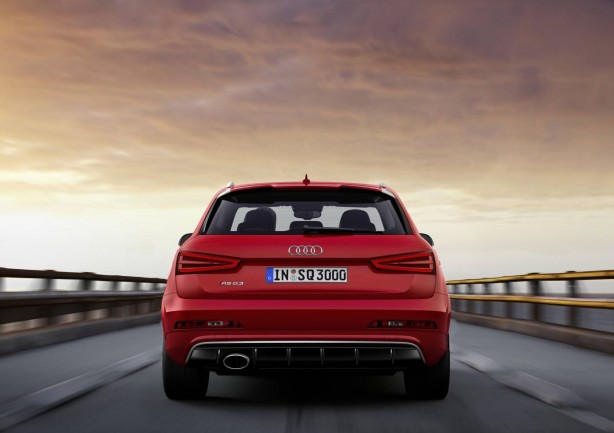 Inside, the instrument cluster features grey gauges with white scales and red pointers, while the driver information system displays boost pressure, oil temperature and a lap timer via the RS menu. There is also a pair of sports seats upholstered in black Alcantara/leather with embossed RS Q3 logo.

The car will officially debut at next month’s Geneva Motor Show. Australian pricing and specifications will be announced closer to launch, but Audi has confirmed the RS Q3 will be the first Audi RS model to be priced under $100,000 in Australia.