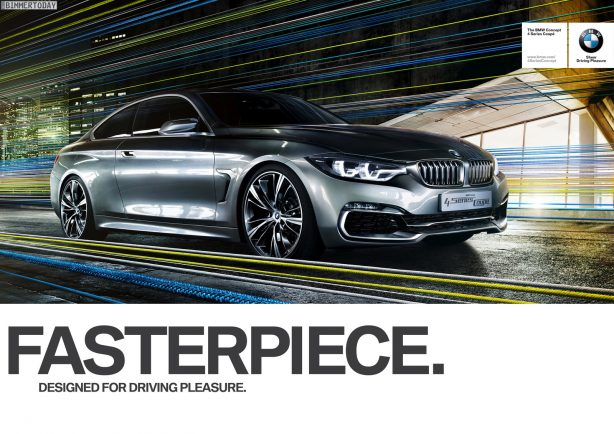 BMW has released the first TV commercial for the new 4-Series Coupe. First appeared as a concept at the 2013 North American Motor Show in Detroit last month, the new coupe will replace the 3-Series coupe. It will wear the 4-series nameplate and mark the start of a series of “even-numbered” sporty BMWs, much like the 6-Series coupé/convertible is to the 5-series.

Along with the TV campaign, BMW has also rolled out print motifs of the 4-Series Coupe titled “Designed for Driving Pleasure”, showing the new coupe in greater detail than the first official photos.

“Our products make a promise: The Ultimate Driving Machine. The anticipation of what you can experience with a BMW produced, but at first glance. In the new campaign, the dynamics of the design is surprisingly different stages”, said Andreas-Christoph Hofmann, BMW’s brand communication.

The production car is expected to hit showrooms worldwide in late 2013.

Previous First RS model in the Q line-up to be priced under $100k in Australia
Next 2012 Renault Sport Megane R.S. 265 Review