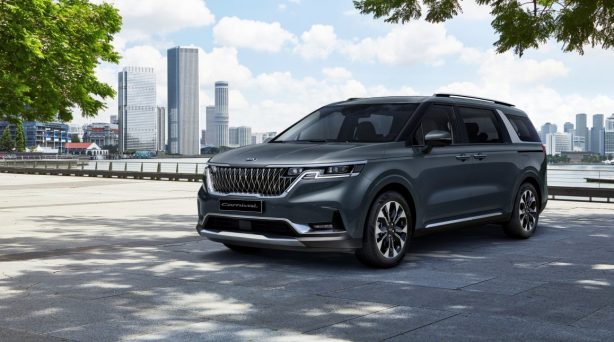 Kia has revealed first images of the new Kia Carnival, the fourth generation of the brand’s full-size peoplemover. Released in Korean specification, the new Kia Carnival is called by its maker as the ‘grand utility vehicle’ (GUV) and due for global launch toward the end of this year.

The new Kia Carnival builds on its predecessors’ heritage with a more premium exterior design that draws on the company’s stylish design theme evident on its recent models. The highly detailed design is matched with futuristic details and SUV-inspired styling elements, bringing a stronger, more stylish presence to the mid-sized MPV segment. 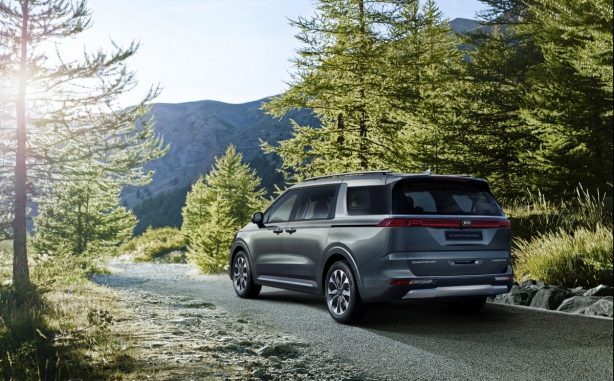 Kia’s ‘tiger face’ corporate front grille design is given a stylish makeover on the new Carnival, with the new grille adopting a mesh design for a more upmarket and prominent look. The grille itself is flanked by slim LED headlights, which are mimicked in the rear with a single slim LED lightbar that stretches the width of the tailgate.

No official technical details have been reveal yet, although we expect the new Carnival to be powered by the same 206kW/336Nm 3.3-litre V6 petrol engine and 147kW/440Nm 2.2-litre four-cylinder turbo-diesel as the current model given the recently unveiled new-generation Sorento SUV also uses carry-over engines. Both powertrains are currently paired to an eight-speed automatic transmission.