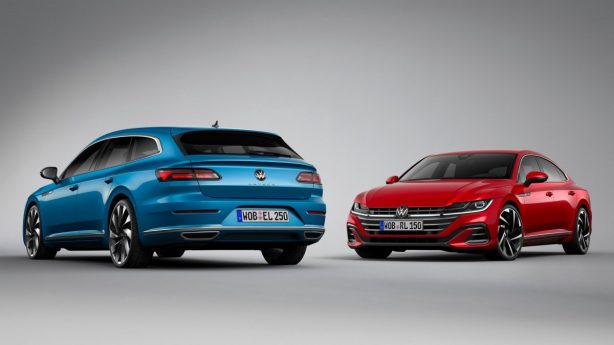 Volkswagen has taken the big wraps off its facelifted 2021 VW Arteon along with its all-new Arteon Shooting Brake sibling.

Besides a brand new Shooting Brake variant, the mid-life update brings the usual accoutrement of modifications, including a front fascia featuring a new LED light strip that visually connects the headlights, as well as VW’s new badge.

The front bumper has also been mildly tweaked with larger air intakes, while a chrome bar has been added at the bottom. 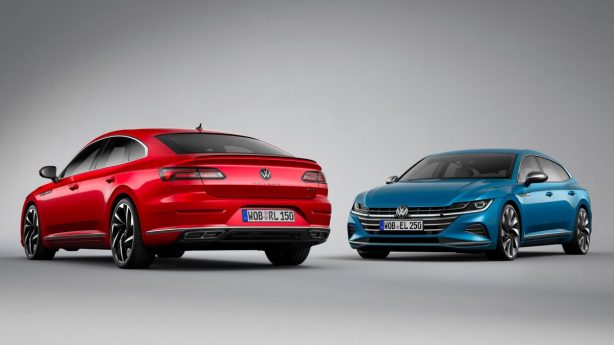 Around the back, the LED taillights have been restyled with new light graphics and the sportier exhaust system now flanks a new diffuser.

The headline news is, of course, the addition of the new Arteon Shooting Brake variant which adds practicality to the range, thanks to its 1,632 litres of luggage space (seats down), or 75 litres more than the four-door model.

Inside, the cabin has also received a mild update in the form of a new steering wheel shared with the new Golf, an updated centre console with a new climate control system featuring “touch sliders”, revised air vents, and a new MIB3 infotainment system with support for wireless Apple CarPlay and Android Auto. 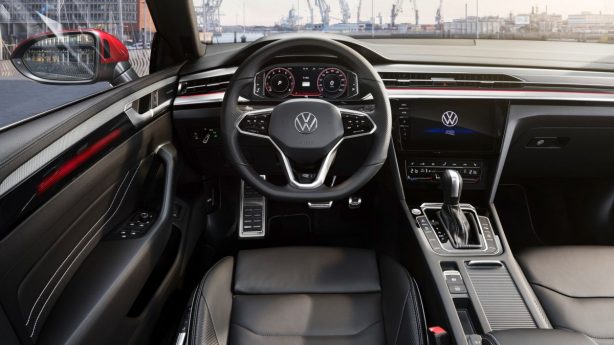 On the safety front, the 2021 Arteon gains an optional Travel Assist System, which enables partly automated driving at speeds of up to 210km/h, along with a new corner view function on the rear view camera. It expands the image angle from 90 degrees to 170 degrees.

In terms of powertrain options, an all-new plug-in hybrid engine has been added to the range in Europe producing 160kW of power and a “long purely electric range”. 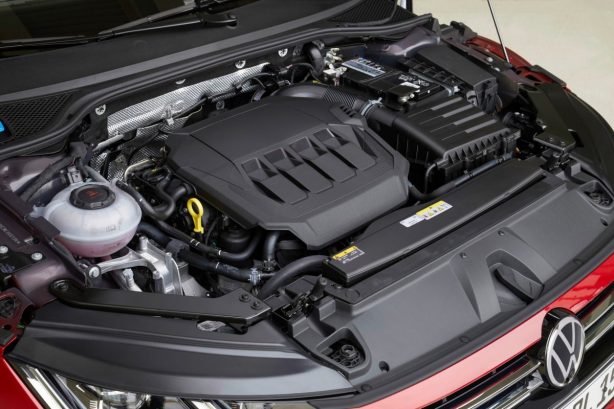 There’s also an all-wheel drive Arteon R model featuring a 2.0-litre turbocharged four-cylinder petrol engine generating 235kW and R-Performance Torque Vectoring technology. The latter is said to variably distributes torque between the axles and also between the rear wheels depending on the driving conditions.

Volkswagen Australia has confirmed earlier this month that the Arteon Coupe will return to local showrooms in early 2021. However, the Shooting Brake model remains uncertain.