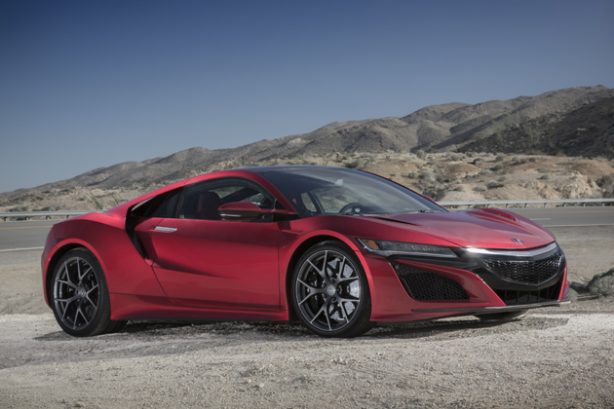 More than a year since its global debut at the Detroit Motor Show, the first production Honda NSX rolls off the line today at the company’s new Performance Manufacturing Centre (PMC) in Ohio, US.

The first customer, Rick Hendrick, earned the right to custom-order the first production NSX with a winning bid of $US1.2 million at the internationally known Barrett-Jackson car auction in January. 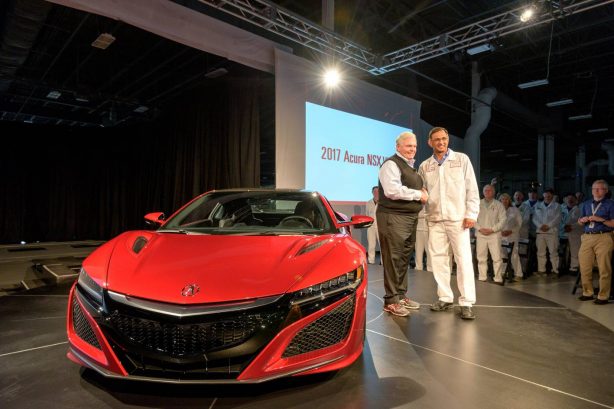 The new NSX is exclusively built at PMC, home to master technicians who developed 12 patent-pending technologies and other advanced methods of producing the made-to-order supercar.

Nearby, at the company’s largest engine plant, master builders hand assemble the NSX’s 3.5-litre twin-turbocharged V6 engine, which is then mated to its 9-speed dual-clutch transmission and rear direct drive electric motor. Each NSX engine is machine balanced, bench tested and broken-in to the equivalent of about 200 kilometres of service to ensure that every NSX engine is track-ready upon customer delivery. The engine is installed at the PMC, along with its front-mounted Twin Motor Unit, which enables electrically powered torque vectoring, a world’s first capability in the sports car realm.

NSX development involved a global R&D team led by engineers at the Ohio Centre of Honda R&D Americas, Inc. in Raymond, Ohio, near the PMC. The final design was created at the Acura Design Studio in Torrance, Calif., based on an original concept from the Wako Studio in Japan.