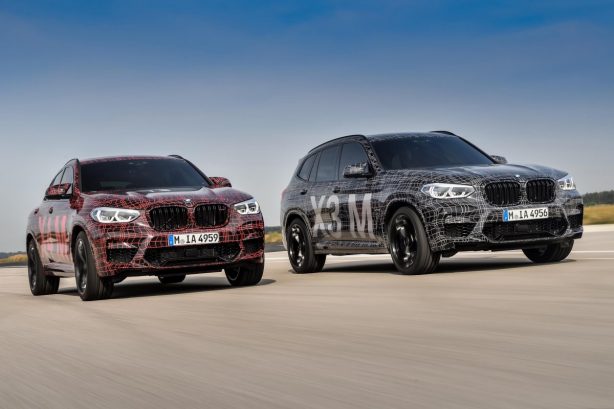 As proof that development is already underway, the German car maker brought prototypes of the X3 M and the X4 M to the Nürburgring circuit where both high performance SUVs were test driven on the track.

The first public appearance of the camouflaged X3 M and X4 M prototypes coincided with the DTM racing weekend at the Nürburgring, giving fans of fast SUVs a taste of what’s to come from BMW’s latest M models.

The Nürburgring has been the traditional setting for the testing and tuning of specific BMW M models, comprising drive system, suspension and aerodynamics testing. 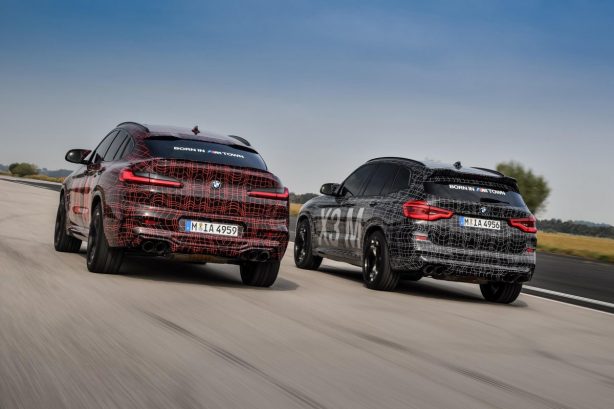 With large air intakes at the front, specific M features for optimised aerodynamics and an exhaust system with four tailpipes integrated into the rear apron, the X3 M and X4 M already bear the characteristics of a BMW M model at an early stage of their development phase.

Both models will be powered by a newly developed turbocharged straight six-cylinder engine which is expected to be a derivative of the powerplant found in the M3 and M4.

Specific tuning of the M xDrive technology means the M badged X3 and X4 will adopt a rear-biased all-wheel drive system, similar to the one employed in the latest M5.

Coupled to an active M rear axle differential, BMW claims the cornering dynamics, agility and precision of the X3 M and X4 M will be “lifted to a level unrivalled within the competitive environment”.

The new M models will rival the likes of Mercedes-AMG GLC and GLC Coupe, Audi SQ5 and Jaguar F-Pace SVR.