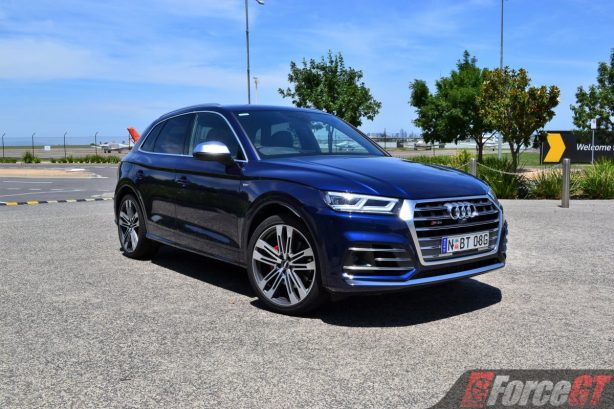 What’s the best performance SUV under a hundred grand? The answer to this used to be pretty simple. Audi SQ5, of course.

For more than half a decade, Audi’s mid-size performance family hauler has been the perennial choice for those looking to quell their domesticated status often linked to driving an SUV. It was one of the top selling vehicles, not only in the performance space, but also in the overall premium sphere. In Australia, one in three Q5 sold was a SQ5 model. The reason for its success is simple – there was no competition.

A lot has changed since the original SQ5 arrived in 2013, and against its favour because buyers can now buy something else other than the Audi. The BMW X3 M40i is one and the Mercedes-AMG GLC 43 is another. 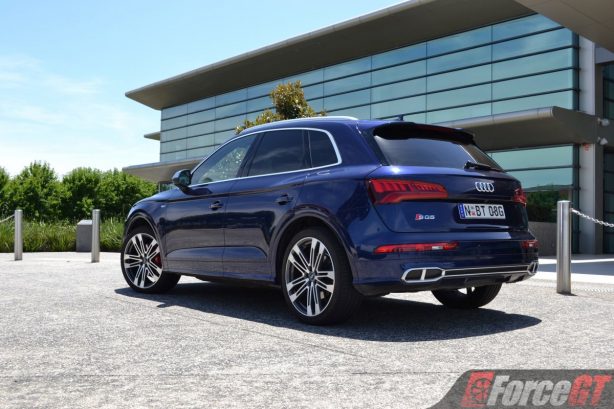 But Audi isn’t letting the rivals have it easy. Enter the all-new second generation SQ5, which offers the same blend of practicality, sensibility and performance of its predecessor, only much improved.

Besides the more angular if not a little unadventurous design that it shares with the wider Q5 range, the new SQ5 is an extraordinary 130kg lighter than its predecessor, thanks to the extensive use of aluminium and high tensile steel in the engine and throughout the body structure.

Gone is the turbo diesel in the old model and in its place a new 3.0-litre TFSI turbo petrol V6 pumping out 260kW at 5400-6400rpm, accompanied by 500Nm of torque at 1370-4500rpm. It’s the same engine found in the S4 and S5, one that managed to impress us with its superbly linear and responsive power delivery. Also shared with its sedan/coupe siblings, an eight-speed automatic sends power from the SQ5’s V6 to all four wheels via Audi’s quattro all-wheel drive system. 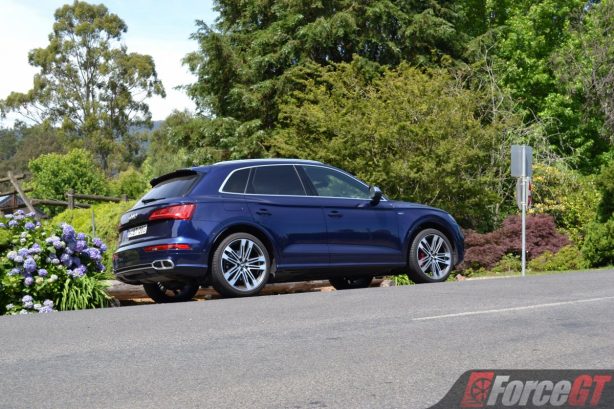 It’s an effortless drive with 0 to 100km/h coming up in just 5.4 seconds but you can bet some kind of RS model will arrive before too long to shave a chunk off this time. While pace there is plenty of, noise is nowhere to be found, not even in Dynamic mode, the sportiest drive setting. And a peek under the rear bumper reveals why. Not only was the quad tip exhaust in the previous model ditched to make way for some fake outlets, but the real tips hidden beneath the bumper are now only twin and downward facing. A path toward hybridisation? You bet.

Fortunately, it’s dynamic abilities around the twisty stuff is still very much unrivaled. Quattro splits the engine’s torque 40/60 front/rear, though up to 85 percent can be directed to either end if slip occurs. For keener drivers, the optional sport differential fitted to our test car can apportion even more torque to the rear wheel with the most grip, effectively creating torque vectoring in the rear axle to ‘point’ the car towards the apex of a corner. 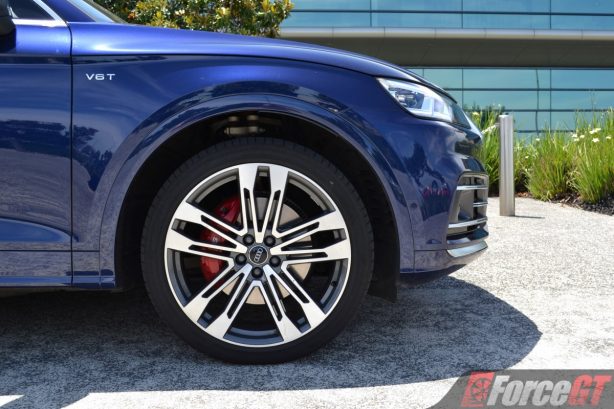 This thing does not drive like an SUV; it drives like a hot hatch, only with a much larger footprint. The front is wonderfully locked down, backed by a rear that is surprisingly willing to cooperate. It’s got fantastic grip, so much so that you can carry big speed into a bend without worrying the slightest about body roll or breaking traction. You just have to trust the car.

Why? Because you the driver is largely left out of the ride as the SQ5 does not channel much of what’s going on with the front wheels to the palm of your hands. We thought numb steering was only a thing you get with the standard Q5 which we tested a week earlier, but here it is still in a supposedly more engaging S model. Besides taking away some involvement, the steering is artificially heavy in Dynamic mode and too light in Comfort mode, which leaves Auto as the best setting for any kind of driving. 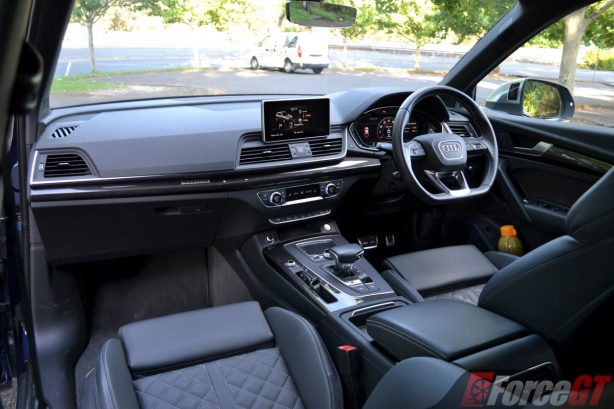 Speaking of drive modes, there isn’t much bandwidth between Comfort and Dynamic damper settings, though in the former the ride is nicely polished and not much harder than the standard Q5. In some less smooth back roads Comfort is actually the better drive mode as there’s less vertical body movement which translates to greater body control.

The eight-speed auto serves up some snappy and fast gear shifts. That being said, the torque converter box isn’t as fast as Audi’s own seven-speed twin clutch system but offers much better refinement and longevity. Its closely stacked eight ratios match well to the engine and the extra cog keeps revs low at highway speed, though kick down can at times be frustratingly slow. 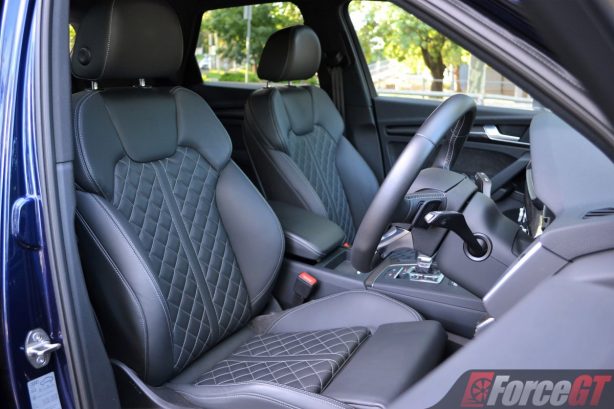 Befitting its S badge, the SQ5 gets a range of sporting garnish inside and out. Distinguishing elements on the outside include beefier front and rear bumpers, side skirts and larger 21-inch wheels. It looks good, in a typical Audi understated way. The S treatment did not work quite that well on the side, however. While the mix of dark leathers, grey Alcantara trims and carbon fibre inserts look expensive, they also produce a slightly gloomy cabin ambience compared to the brush aluminium-rich interior of the standard Q5.

Nevertheless, interior space mimics that of the standard Q5. This means the cabin is good for five adults with excellent headroom and legroom all around. Sitting position is good as is all-round visibility. At 610 litres, the boot space is one of the largest in class. With the rear bench folded down, this volume expands to a sizable 1,550 litres.

The new Audi SQ5 scores big points for engine performance, dynamic handling and overall refinement. With a practical body, it also makes a great family car. Just don’t expect it to be that particularly fun or engaging to drive.