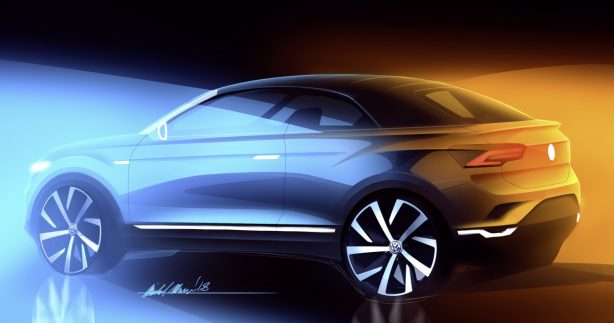 Volkswagen has confirmed it will launch a convertible version of the Volkswagen T-Roc (below) in the first half of 2020, making it the 3rd SUV convertible on the market after the Range Rover Evoque Convertible, along with the ill-fated Nissan Murano CrossCabriolet.

Volkswagen said it will invest over €80 million into its Osnabrück plant to produce the new model and expects to churn out up to 20,000 units per year. The plant currently builds the Tiguan and Porsche Cayman. 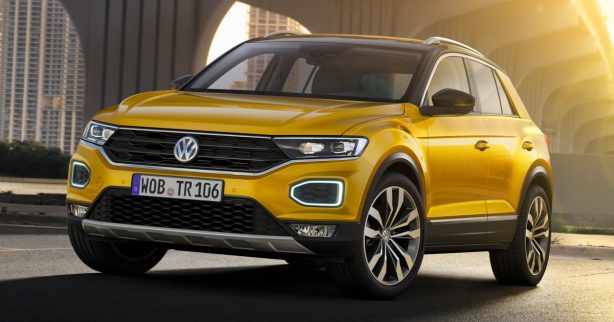 To give us a taste of the new T-Roc variant, Volkswagen has released a sketch of the soft-top which essentially looses its rear doors and metal roof, replaced by a folding fabric top and a very short rear deck.

“The T-Roc is already setting new standards in the compact SUV segment. With the cabriolet based on the T-Roc, we will be adding a highly emotional model to the range. I am especially pleased to note that we can count on the Osnabrück team’s decades of experience with convertibles. The Osnabrück plant now has bright prospects for the future.” 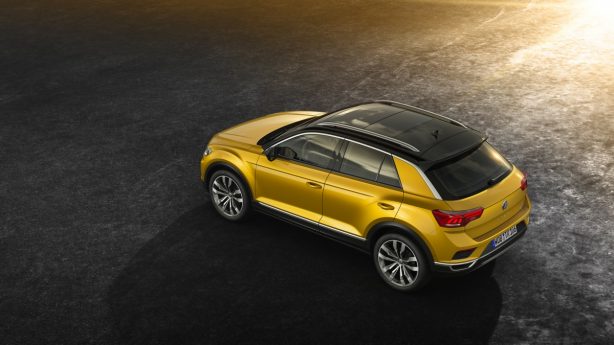 In terms of powertrain, expect the convertible to carry over the regular model’s petrol and diesel engines, as well as the 4Motion all-wheel drive system.