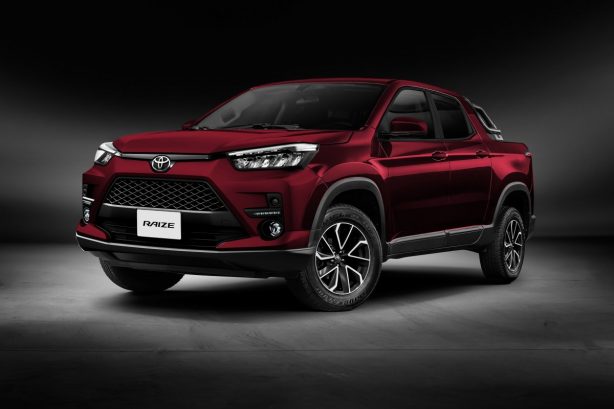 Think the Toyota HiLux is too big? Fancy a smaller version of the workhorse? Here it is. A shrunk HiLux that would probably fit inside the tub of the HiLux itself. Almost.

Before you rejoice however, this isn’t a reality, for now at least. Rendered by automotive designer Kleber Silva, the mini HiLux is created by merging the Toyota Raize – a Daihatsu micro SUV – with the downsized tub of the HiLux.

The effect is rather good, we must say. It would suit people who want more cargo space than a regular SUV could afford, but who also wish to have a car that is compact and easy to drive.

Will Toyota build it? That remains to be seen. But if you want one, better start rattling the table.