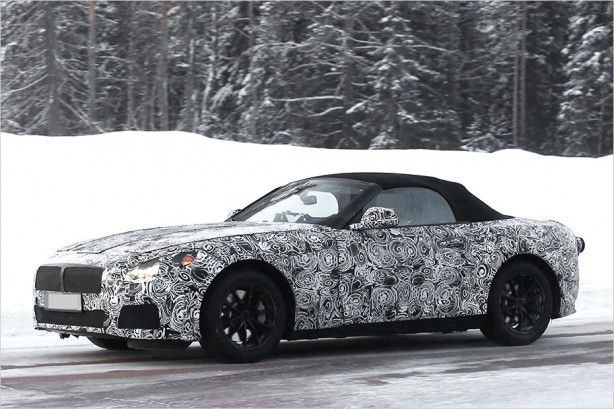 The is the BMW Z4 replacement, the Z5, caught testing in winter conditions ahead of a 2017 launch.

Draped in thick camouflage, the Z5 appears to follow the classic roadster proportion of Z4 – long bonnet up the front and a short rear haunch. However, a major difference is in the roof of the car. While the Z4 has a folding hard-top, the Z5 features a soft-top. 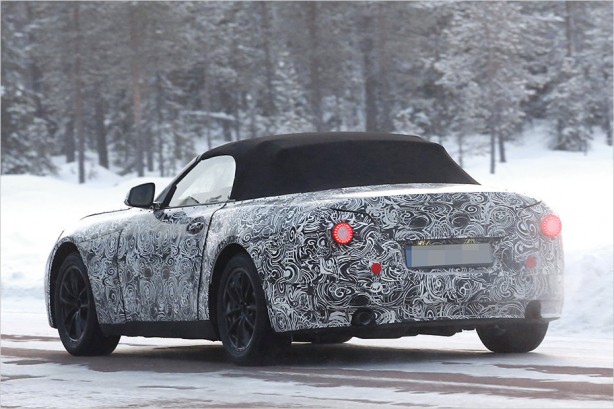 The Z5 rides on an all-new chassis BMW co-developed with Toyota, which will also be used in the upcoming Toyota Supra. Powertrain line-up for the Z5 is expected to mimic the current offering, which includes a choice of 2.0-litre four- or 3.0-litre six-cylinder engines.

Previous 2016 MINI Convertible unveiled. Launching in March 2016
Next This is your ONLY chance to own Bond’s Aston Martin DB10!