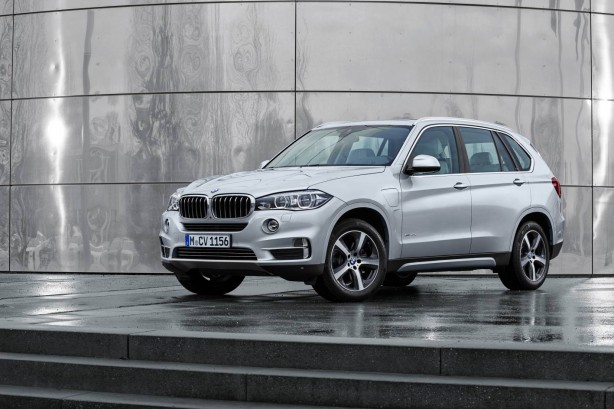 BMW has unveiled its first ever non i-badged plug-in hybrid car, the X5 xDrive40e. Inheriting the technology and know-how from the debut of the BMW i cars, the new petrol-electic X5 is finally presented in production guise, two years after the X5 eDrive concept, on which it is based, was unveiled at the 2013 Frankfurt Motor Show.

Under the bonnet of the X5 xDrive40e is a 2.0-litre turbocharged four-cylinder engine developing 180kW and 350Nm. This is matched with a synchronous electric motor integrated in the 8-speed automatic transmission rated at 83kW and 250Nm. Combined, the hybrid drivetrain produces 230kW and 450Nm, enough to propel the plug-in hybrid X5 from rest to 100km/h in 6.8 seconds. 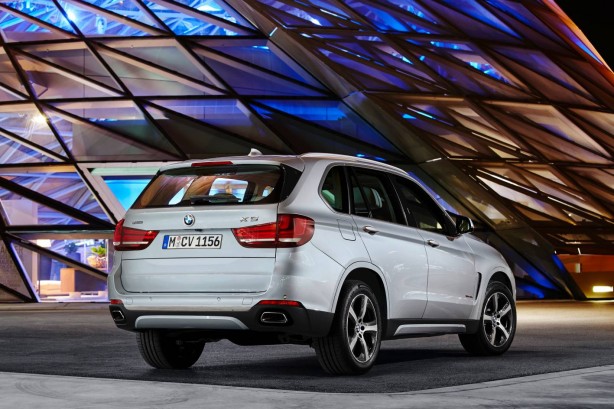 The electric motor draws its power from a lithium-ion battery housed underneath the luggage compartment floor. It can be recharged by connecting to any standard domestic power socket or a BMW i Wallbox, as well as at public charging stations.

The X5 xDrive40e achieves a combined fuel consumption of 3.4L/100km. It can also be driven purely on electric power up to 120km/h, with a maximum range of 31 km from a full charge.

Elsewhere, the hybrid X5 is vastly similar to a regular petrol or diesel powered X5. The power stemming from both drive sources is transmitted to the road via the xDrive all-wheel-drive system and there are 500 litres of cargo space, expandable to 1,720 litres with the rear seats tumbled.

Production of the the BMW X5 xDrive40e will take place at the BMW Spartanburg plant in South Carolina, US, where the X3, X4 and X6 models are built.