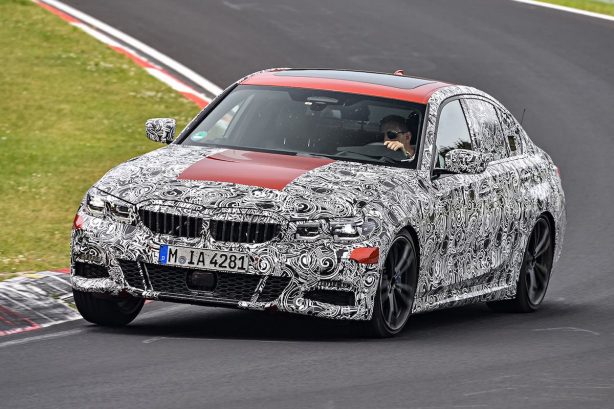 The successor to the current F30 3 Series – which is to be known as the G20, for you BMW fanatics out there – is set to cement the 3er’s position as the sportiest of the German compact executive sedans, with a lower and wider design, and extra power under the bonnet across the board.

BMW claim up to 55kg has been cut from the car’s weight across the range, while sports car-like 50/50 weight distribution aims to keep it balanced through the bends. 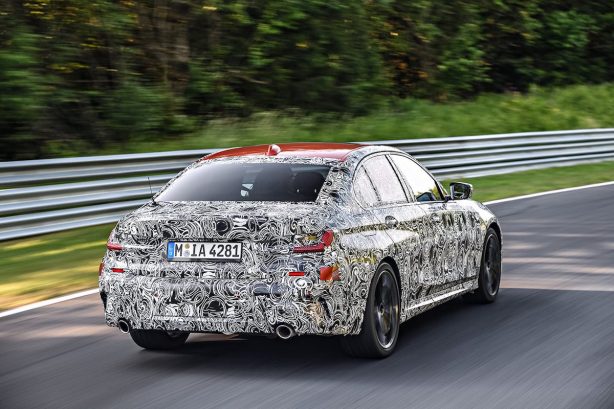 Underpinning the seventh-generation 3 Series is the same CLAR platform utilised in the new 5 and 7 Series models, meaning the car’s suspension is all new compared to the outgoing model, with the aim of making it feel stiffer and more responsive while also increasing ride comfort.

The suspension on M Sport models is also set to be more rigid than before, while it will also lower models equipped with it by 10mm.

For those who really want to have some fun, there will also be the option of an M Sport rear differential, which will hopefully overcome some of the open-diff woes of non-M division 3 Series models of yore. 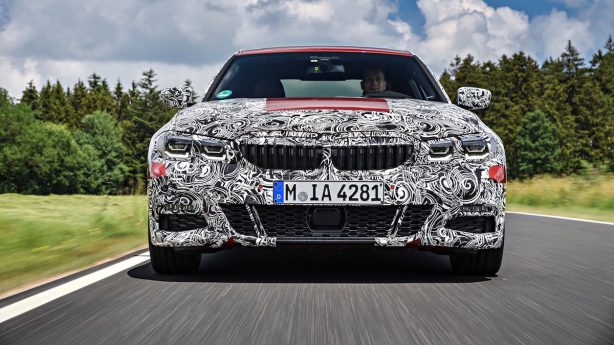 Propulsion options will include three petrol engines, two diesel engines, and two plug-in hybrid options – all largely mirroring the current range of engine choices, and all available in different states of tune.

The petrol range will kick off with a Mini-derived 1.5-litre turbocharged three-cylinder for the 318i, while 2.0-litre four-pot turbos will underpin everything from the 320i to the 330i with various power levels. The 340i is to be the only six-cylinder petrol option, and is expected to offer a potent 272kW. 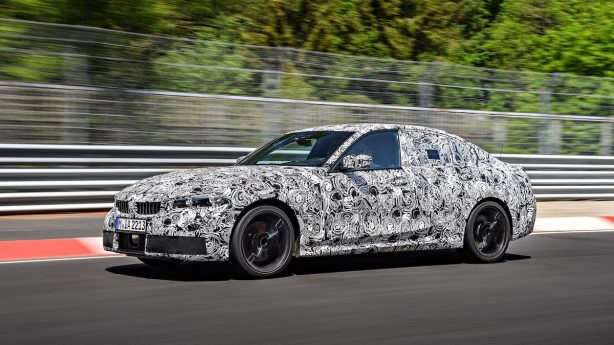 The plug-in hybrid models – expected to be denoted as the 320e and 330e – will pair the basic 1.5-litre three-pot and 2.0-litre four-pot petrol units with electric motors to boost their power outputs and to provide a claimed 50-80 kilometres of electric range.

With BMW’s engineers claiming 10 per cent of final tuning work is yet to be done, mostly pertaining to dialling in the steering calibration, the G20 3 Series is set to be officially unveiled at the 2018 Paris Motor Show this October ahead of a local launch in the first quarter of 2019.