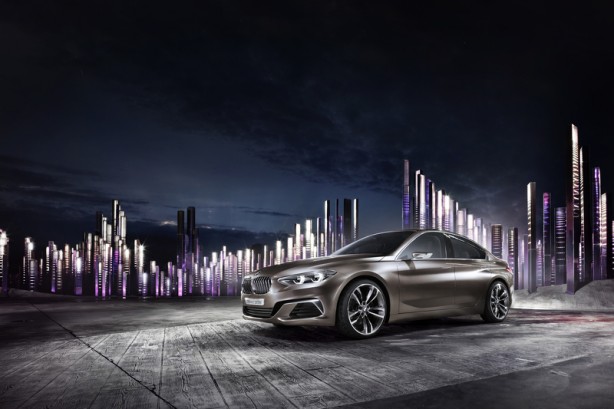 BMW has taken the wraps of its new Compact Sedan concept at the Guangzhou Auto Show in China.

Created to preview BMW’s new 1 Series Sedan, the concept is finished in an exclusive Liquid Metal Bronze exterior paint, which contains fine pigments that shift between light and dark depending on the incidence of light. 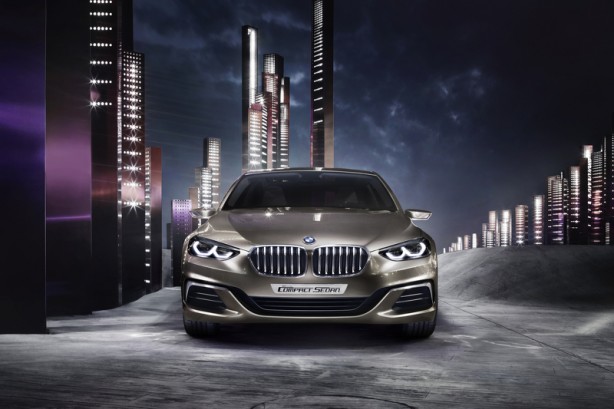 The sleek four-door concept sports a bold front fascia with a prominent kidney grille flanked by a pair of sharp LED headlights, and M3/M4-inspired lower air intakes. It also has a set of stylish 20-inch alloy wheels and soft-touch handles that opens the doors once pressed.

Inside, the dashboard looks almost production ready, except for the orange LED mood lights around the air-vents and aircon surrounds. The show car also features Nappa leather seats, a heads-up display, touch-sensitive controls and an 8.8-inch high-definition display. 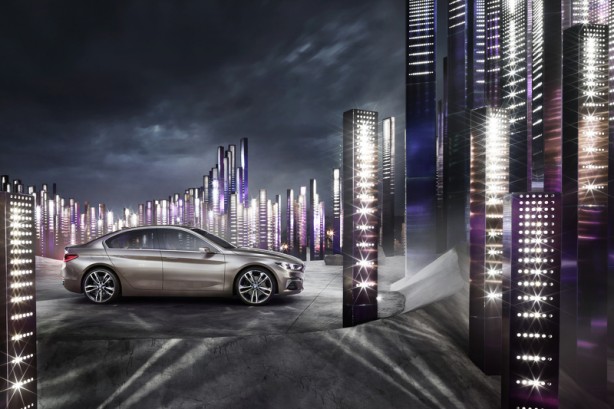 No technical information has been released but the production model will be based on the UKL front- and all-wheel drive platform shared with the MINI. While the concept has only a pair of rear seats, the production version is set to be a five-seater. Engine lineup will include a range of three- and four-cylinder petrol and diesel engines.