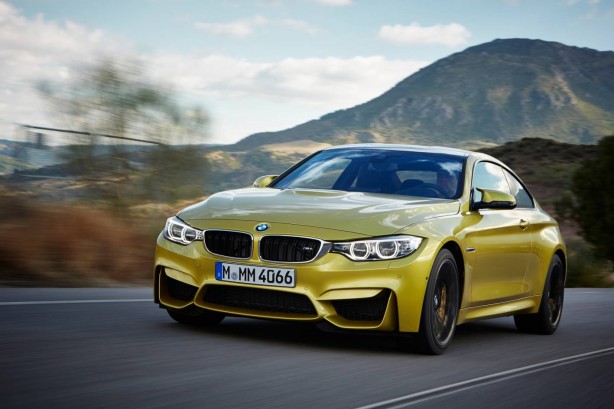 The first-ever BMW M4 was welcomed into the BMW M family by navigating through a thrilling, one-of-a kind course created entirely out of current and classic BMW M vehicles sourced from fans.

BMW enthusiasts from all over the country volunteered their BMW M vehicles from every generation to be a part of this exclusive experience, including an ultra-rare BMW 1 Series M Coupe.

The 2015 BMW M4 Coupe is powered by the same 3.0-liter inline-6 cylinder engine with M TwinPower Turbo technology as its M3 sibling. The newly developed high-revving engine produces a maximum output of 317 kW. Its peak torque of 550 Nm is available across a wide rev band and outstrips the figure recorded by the outgoing BMW M3 by nearly 40 per cent.

Check out the BMW M Initiation video below.