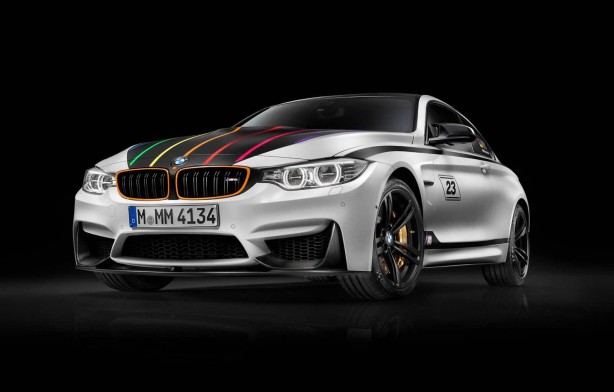 In a tribute to 2014 DTM champion Marco Wittmann, BMW has unveiled a limited edition M4. Called the DTM Champion Edition, the exclusive M4 will have a limited production run of only 23 units, a reference to the #23 number on the winning DTM racer.

The BMW M4 DTM Champion Edition will be offered exclusively in Alpine White. Customised by BMW Individual Manufactory in Garching, near the company’s headquarters in Munich, Germany, the special edition model draws close links with the victorious BMW M4 DTM with a matt-black bonnet and boot lid. Striking stripes serve as a complement to the standard CFRP roof, as does the black character line along the car’s flanks. 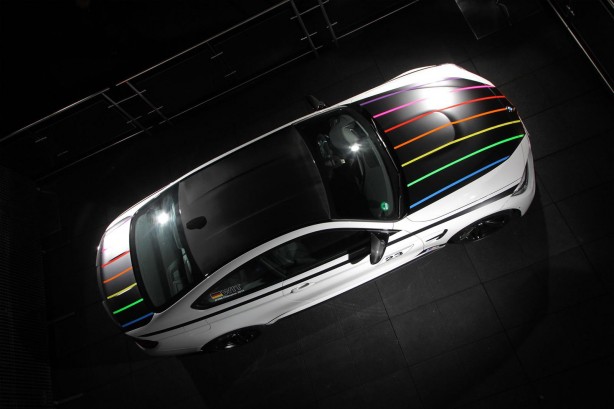 Added to the mix are an M kidney grille with orange surround, an M logo rearwards of the front wheel arches, the number 23 on the doors and the flag along with “WIT” and “DTM Champion 2014” lettering on the rear side windows. The BMW M4 DTM Champion Edition is also fitted with 19-inch light-alloy wheels, a black front splitter, a black side skirt blade, carbon front flaps, carbon mirror caps, a rear spoiler and a carbon diffuser insert from the M Performance Parts range.

The Champion Edition underlines its exclusivity once again when you step inside. The door sill plates bear Marco Wittmann’s autograph, while carbon interior trim strips – signed by the 24-year-old German – feature “DTM Champion 2014” lettering and the car’s serial number. There are also the Alcantara-wrapped handbrake lever and steering wheel.